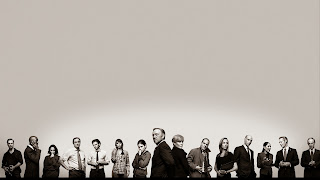 Last night at the Emmy Awards, Netflix- the online distributor of streamed content - broke through with a big win.

The Netflix created, funded and produced "House of Cards" director David Finch, won for best director Emmy for a drama series. Old time networks, and cable networks, were fairly stunned. I mean, House of Cards is not on "TV", how did it win?

Netflix has long been an interesting beast. From early on being a stock darling, they were signing up subscribers and charging them what the market thought was a pretty cheap price (around $8 a month). Analysts who did not like the stock constantly pointed to the fact that their content could go "poof" at any minute, and competition, through legacy networks or otherwise could crush them. In 2011 and 2012 that appeared to be happening. They lost suppliers, were being priced out by others, and places like Amazon started Amazon Prime, and the networks were working Hulu Plus.

It looked to be the downturn of the online streaming company. Netflix shares plummeted and we saw a whole lot of "I told you so's".

But Netflix was not stupid. They knew what the analysts were saying was correct and they knew they were disrupting the marketplace, without disruptive technology. Rather than rest on the fact they had 25 million subscribers who may not always be there, they evolved and adapted. They threw over $100 million into House of Cards. They produced several other dramas. Just like HBO or AMC was doing, they were producing in house content, to become a network that you could watch when you want, how you want, on what device you want. They weren't depending on their 25 million subscribers, they were leveraging them.

The jury is still out and the company has a ways to go, but through massive investment, they have given themselves a huge shot to change the way people watch television shows forever. 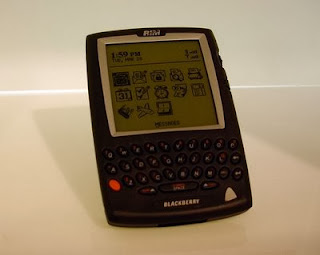 Conversely, back in the 1990's I was a kid who found himself out of a job during the start of the .com boom and I had to pay the bills somehow. I had a shell company with no debt I was trying to reverse takeover (an easier way to do an IPO) with a tech company. I met with the Kitchener-based tech company founder in downtown Toronto at a pub to discuss plans. A minute or so after we started talking his shirt buzzed and he pulled out this neat "phone" where he could get push email. It was a blackberry. It turns out he supplied Research in Motion something or other, and they gave him a prototype of some sort.

I was fascinated with this device. I could get email like that? In real time? I wanted one.

And so did everyone else. Not long after, the device was developed, marketed and it exploded the marketplace. The edge that company had with push email was remarkable. It built a multi-multi billion dollar company. And others like Palm who were trying to enter the market, were annihilated.

Just last week RIM (now called Blackberry) cut about a third of their workforce. They lost over a billion for the quarter and analysts and columnists are dancing on their grave. Most commentary focuses on the fact that RIM's edge on real time email was eroded and they never invested and evolved. Apple, Samsung, through iOS and Android kicked their ass and they can never recover.  A company that had more users than Netflix does by a factor of two or three, has them no more.

Horse racing is neither Netflix nor RIM, but it has a lot of RIM in it that we care to admit.

Horse racing had a gaming monopoly for years, and rarely innovated. Rather than increase reach or do things differently, or invest like Netflix did, they rested on that, hoping it would stay that way forever. Even today the monopoly thinking clutches to us like a leech. We lament the monopoly has been taken away and as restitution, we need gaming money back.

In one area where horse racing still has a de-facto monopoly - online wagering - the old thinking still permeates. All we have seen from racing regarding ADW wagering is that we should tax it more out of state (like they did in New York), or we want a bigger slice of it, because we don't have enough money, or it should be banned so people come to the track, like in Arizona.

Taxing something more makes people want less of it. Taking a bigger slice of a margin makes resellers invest fewer dollars into customer growth and innovation. Banning it, well, bans it. All of those tactics mean fewer customers. It doesn't mean you can't tweak your distribution and reach, to make it better or more equitable, but there is no denying that those things are the anti-Netflix. If we want fewer customers, good going.

Racing has always needed more investment and more long term vision on their end product that supplies purses (i.e. betting). It's always needed to realize that the end can come much more quickly than we ever imagined without it. But investment and vision has always taken a back seat - even in places like Ontario that had a fat $3B check written to it from slot money the last 12 years - to a purse and the status quo.

As racing's market share continues to shrink, we need not ask what things once were and how we may turn back the clock, we have to ask what to do now to move forward. Let Blackberry be a case study at Wharton about what not to do, let horse racing move towards being a positive case study one day. We need leaders with real vision to make that happen.


at September 23, 2013
Email ThisBlogThis!Share to TwitterShare to FacebookShare to Pinterest

Time for Woodbine/Mohawk Harness to show leadership, with a view to promoting competitive racing, integrity and betting handle, as follows:
1. Reduce WPS takeout by 50%, immediately.
2. Fine and Suspend any driver giving "a hole".
3. Eliminate Fair Start Rule and where a horse is not on the gate:
(a) provide BETTING REFUNDS on any such horse.
(b) fine and suspend the driver of such horse.
(c) for 2 such incidents in a year,ban such horse.

That's a start. Many more ideas exist.If the above is ever implemented, its a guarantee that increases in betting handle will be astronomical. Courageous executives are needed to push this. Anybody around?

Good post, and the irony, in my view, is that the major innovation that, properly implemented, would propel the industry into a much more successful future, has already been developed and proven, and is staring it right in the face: Exchange Wagering.

The stupidity of industry's efforts to fight against such a platform is astounding.

This write-up reminds me of a high tech marketing blog (forgot name) of a few years ago that often talked about horseracing. Someone named Dean seemed to be running it. Are you the same person?

It just seems to me that there is little outside capital around for investment in horseracing. Horseracing still has an exclusive for online gambling and I suspect that it will for quite a while. I have thought that since horseracing has the platform, it could expand into other forms of gambling. It seems that Churchill has done that with its Luckity.com and is now expanding into poker. The key is using random number generators based on horseracing. That' s the in. The opportunity is still there.

The other thing is I saw a presentation where the presenter spoke of gaming being the next big layer on the internet. It seemed to me horseracing is a perfect fit. There's were some innovative thinking and investment is needed. About year ago I saw a system demonstrated by some ex Zenga guys. It looked interesting. I wonder where they went.