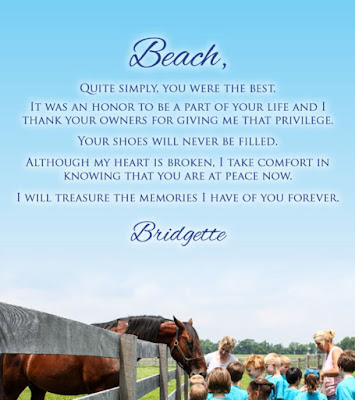 “New Jersey will end up with sports betting no later than Week One of the next NFL season and potentially as soon as March Madness,” says Daniel Wallach, a gaming law expert at Becker & Poliakoff. Other states would almost certainly follow.

So notes a story today at Bloomberg.

In other words, the gambling world is about to change.

How it goes about changing is anyone's guess, quite frankly. Internet gambling, especially that in which involves sports, is a thorny, murky malaise in North America. It always has been.

However, despite the obvious questions (and the risk rate that it demands), companies are positioning themselves with laser-like speed. One scenario has existing gambling companies purchasing customers (and the infrastructure and regulatory assets) that are already 'gambling' on the web, legally.

"More likely, it seems, is that established gambling companies look to team up with daily fantasy operators or buy them outright. DraftKings and FanDuel have acquired millions of repeat customers with a proven willingness to spend money on games that work a lot like bets. “You’re not piggybacking on a society that already loves peanut butter, you are literally introducing peanut butter into the country for the very first time,” says Nic Sulsky, a sports gaming consultant who previously ran DraftDay. “But the daily fantasy companies have been selling almond butter for years now. It’s the next closest thing, and it’s a huge advantage.”

DFS sites, where growth has been good, but not great over the last two years, are not being valued as they once were, but even at 3X revenues, they are attractive, due to the edge they have, and the lifetime value of their customer base, along with attractive churn rates.

This model - startups who land customers with advanced technological edge > building a customer base > spending money to quell regulatory risk, and gain a resulting edge > laws changing > being acquired by larger companies - is not new, but it is how the internet gambling saga (one way or another) will shake out.

And, as the analyst above notes, it is "going to move fast".

What is most disconcerting about this, for me, is racing's unwillingness to ever play by this set of rules.

The Draft Kings and Fanduel of racing was UK based Betfair. Back in 2003 when they were approaching racing for partnerships, not one of the big entities in racing even thought about an equity stake. Not one (that I know, or heard of) thought that racing would one day be a global game, needing global brands with proprietary technology to usher in the future; that Betfair's upwards of million customers with a reported $3B on account would be worth harnessing, like others have done with DFS companies, positioning for the future.

The above, in my view, is why racing has not succeeded as it should in North America on the internet. It simply has not acted like things are "going to move fast"; never acted like partners are potential partners, rather than threats; never acted for what may happen tomorrow.

Sports betting will come to the United States, and it will be here soon. Maybe racing will grab a few scraps by inviting a competitor on their property (like they did slots) and taking a cut. Maybe TVG hosts will be promoting parlay tickets for March Madness, along side Los Al pick 4's.

But racing will not have "won" anything. It will be a passenger, along for the ride.
at January 18, 2018 No comments:
Email ThisBlogThis!Share to TwitterShare to FacebookShare to Pinterest

Yonkers ditched the passing lane this week, and the early results are quite interesting. Two particular tactics I see being employed by drivers are adding to the excitement (and prices) of the races. First, we're seeing movement from the three hole quicker, because brushing by to the lead at or before the half is a strong tactical advantage; wait and pull down the backstretch is happening much less. Second, horses who are third or fourth over are moving wide early to give the horse a try. Going up the inside for a slice is less effective, and it too is probably a smart tactical move.

There was more action in Race 11 @YonkersRaceway than in the last 2,000 races combined
— DRF Harness Matt (@DRFHarnessMatt) January 9, 2018

There's a double carryover in the pick 5 on Friday at Yonkers. The Meadowlands has a huge carryover in their pick 5 Friday as well. Both should possess takeout in the 5% or lower range. Yonkers' will probably have a positive pool.

The 23.68% juice late pick 5 at Santa Anita has not done quite as well. Which is a good thing, considering the early pick 5 is 14%. In a sport that says "We Love Our Customers ®" they should probably tell them they're getting way worse payouts on the late bet.

In an age of "Fake News" from the infamous US President, and 10's of thousands of RT's of busts being removed from the White House (followed by like 4 RT's of the correction), it's nice to see some solid journalisming going on with the blogging horse racing media. The Eclipse Awards Multimedia snafu this past week has been handled with verve, accuracy and zero-agenda from Jessica Chapel. If you have not read about it, head over to her blog and you'll learn something.

There's a new Standardbred Initiative out. In a nutshell, if your trainer gets a bad positive, they ain't racing in a stakes race at the Meadowlands, Woodbine, Tioga or Vernon. I hear this has started a Facebook hair-on-fire chat, but what doesn't? The policy has potential pitfalls, which one hopes are addressed as they come up, and in the end the sport will have a good policy.

Nevada books will likely fall short of a predicted $5B in sports betting handle this year. But that's a cracker of a number. They did $2.2B in 2006.

The government has a hard time getting their mind around gambling, episode one hundred and eleven thousand. Indiana's new bill has a massive tax on betting. This assures a lot of money stays offshore, and will likely result in a lack of single game betting (and copious amounts of parlay cards).  David Payne Purdum of ESPN placed a poll up, and 46% of folks would bet -120 versus -110 if it was legal. The problem with that is, at -120 single game betting you'll go broke in the medium run, and -120 will probably end up being -130.

What Bad Weather Bob Elliston doesn't want you to know -- Keeneland was the number one track in 2017 in North America ..... for handle loss per entry.

Push marketing has shown less and less importance in the connected world, but the movement into pick 4's and pick 5's that are pushed incessantly by TV hosts is real. I guess you could come back at me (looking at that same spreadsheet) and say, "sure, but they push jackpot bets too and they're down!", and you'd have a point. But I think no amount of marketing can help a 60% takeout bets. In the long run, they're going to hurt, because people like money.


Have a really nice Wednesday everyone.