Cub Reporter never fails to amaze all of us.

"They're meeting right now." he said. 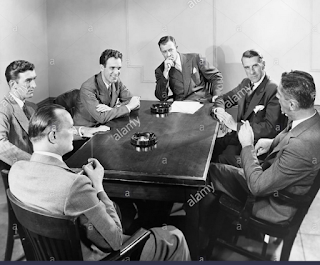 "Magna, Churchill, Chris Kay, Daruty, even people from California who never come to these things", he said.

According to Cub (not his real name) the recently released Robinson Cano news has them spooked. As most know by now, the Seattle Mariners player was suspended for testing positive for lasix.

"Everyone is freaking out. They think that if word gets around that like 99% of race horses use lasix, all hell will break loose. They're trying to build some sort of plan for Preakness Day, where upwards of 9 million people will be watching," Cub reported.

"Right now they're batting around a few ideas. One of the horseplayers invited said it was best if everyone is transparent, but he was immediately asked to leave," Cub relayed.

"Currently, they are talking about creating a better buffet so reporters hopefully won't talk about lasix in racing. America's Best Racing, Night School and other handicapping outreach programs have been instructed to "not to talk about the L" around new players. A dozen or so op-ed's titled, "horses need lasix" are ready to go to all the regular spots," he noted.

"Perhaps most of all, Equibase said they could write an algorithm that can be ready by Saturday that would change the past performances. I sent you the first iteration going around the table," Cub said.


Cub Reporter will report back on any findings and when I hear something, you will too.

at May 15, 2018
Email ThisBlogThis!Share to TwitterShare to FacebookShare to Pinterest