Crown elimination winners Voelez Hanover and Traceur Hanover are set to go this weekend, despite their trainer getting popped with a positive this week. Trainer Corey Johnson, according to harnesslink, had a blood gas positive (he also had one in May of 2013), and all of his horses have been scratched in Canada, and he is under a full suspension.

This is clearly not ideal for the Crown, and rings similar to the Doug O'Neill situation in the Cup, but I doubt there is too much that can, or should, be done. I suspect that it being a full suspension, the NJ commission could honor that, or Jeff Gural or the Crown could, and ask that the horses be entered with another trainer (I believe his father is under a two year probation as well, so someone outside the stable), but time is clearly of the essence, and I don't know how fair that is either way.

As for the Crown, Friday and Saturday night are the races, and there should be some better than average races to watch. Most of the stars are there, and despite the end of the year when some of these horses are a little chewed, many are not. JK She'salady, Always B Miki, the aged pacers, and Commander Crowe trying to win the Crown for Europe all provide good storylines. Harness Racing Update will have several big issues this weekend, highlighting the Crown.

The Crown will also be featured in Horseplayer Monthly with a special section, coming out tomorrow. Also looked at will be the DQ situation at Santa Anita from the BC Classic.

I saw on twitter today purses will be rising at Hawthorne because betting is up. That's doing things the old fashioned way.

November will be a down month for horse racing, but by how much? That's the question. There are some tracks  - Aqueduct, Churchill - doing poorly.

Thanks to Joe F for the link, the city of Halifax has a special bond with the people of Boston, and they've sent the usual November tree. When the massive explosion happened during WWI, killing 1,600 from the city, the city of Boston came to their Canadian friends aid and people in this part of the World never forgot. It's a big reason why there are so many Bruins and Patriots fans out this way as well. Generational.

Analytics on NFL telecasts do not happen. This was looked at today on MMQB. Long held narratives continue, while they simply should not. You get a real sense of this with in running betting. When a coach makes a mathematically poor, but politically right decision, the odds on the team will drop. Meanwhile on TV, the commentator says, it was the right call.

Courtesy Emma Vare EL Titan readies for his Crown try in the three year old trot, in the snowstorm that hit the northeast yesterday. Have a great day everyone. 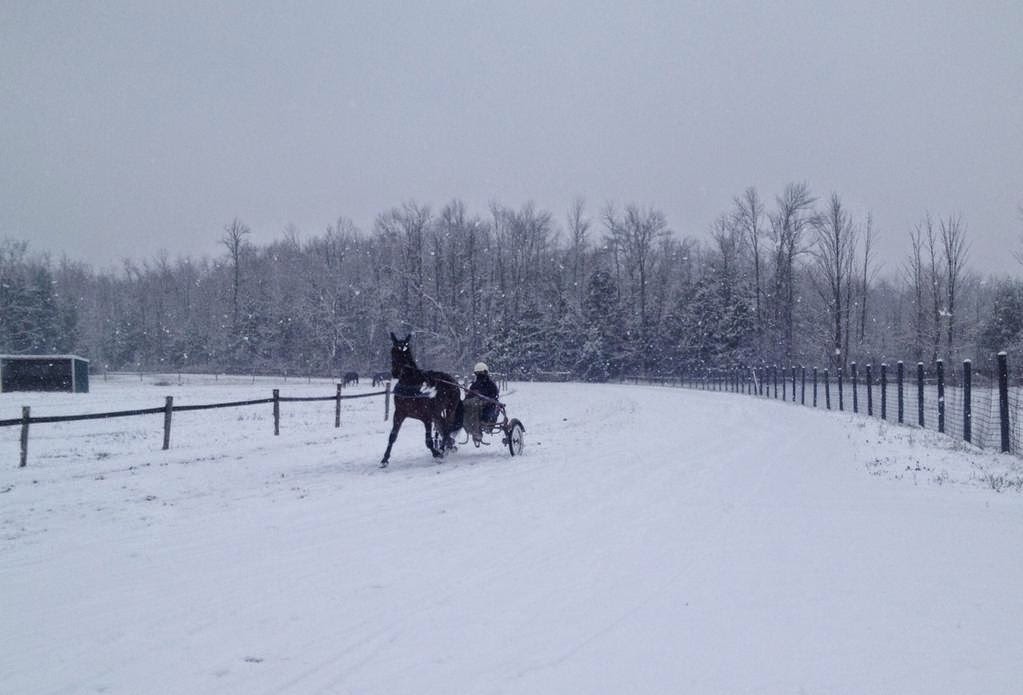 at November 19, 2014
Email ThisBlogThis!Share to TwitterShare to FacebookShare to Pinterest