Messing Up a Monopoly

I have heard from dozens inside racing for a lot of years that "we wish we were like racing in France." Everything is sunshine and lollipops in France, apparently. 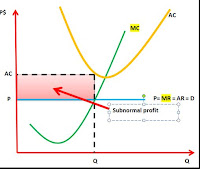 France, of course, has a monopoly on pari-mutuel betting, which probably makes an argument about how we wish we were them a fairy tale.

But, even with a monopoly, racing is racing, whether it's in France or anywhere else.  And, when some simple laws are applied, it's no different than any other business: When there are product substitutes, and the monopoly does not use its edge to take advantage of its position, it's sub-optimal, and it can break down.

Breaking down is what we've seen for some time now in the land of sunshine and lollipops. The PMU has been losing revenue and market share, as talked about in "Where Does France Go From Here", in today's Thoroughbred Commentary.

The 'solutions' listed in the article seem fine, but they miss one main point, and it's the elephant in the room.

The PMU, last season, took 26.3 cents out of every dollar of betting pools. In the free world, this is the lowest payout rate in any major racing jurisdiction.

Ironically, the article states that they took over the German tote to try and fix that country's racing problems. The German tote, once one of the better places to bet in Europe, now takes 30.3 cents out of every dollar of wagering. No wonder they needed help.

Interestingly enough, even quasi-monopolies, or duopolies around the racing world take a different appraoch. Hong Kong's hold on wagers last year was 16.1%, Australia's came in at 10.4% (Intl Federation of Racing, 2015 Fact Book). Both of these jurisdictions are growing, even in the face of new competition; Australia's turnover from about AUS$12B in 2000 to AUS$28B in 2015, Hong Kong's handle has about doubled since 2007.

Monopolies are wonderful things (certainly if you are one), but sooner or later $2 per minute long distances charges sees the proverbial chickens come home to roost, and if your business is not demand-led, you're in serious trouble. For racing, and the PMU, you can't take that red box in the graph and not deliver along side of it a competitive gambling product and succeed. The world is too big, too connected, and there are too many other things for people to do, and spend their discretionary income on.


at September 30, 2016
Email ThisBlogThis!Share to TwitterShare to FacebookShare to Pinterest