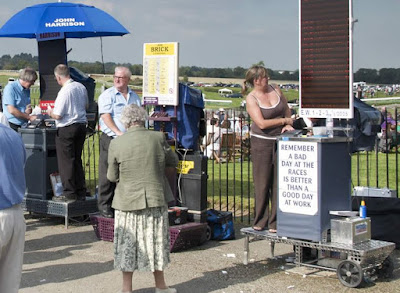 Technology breeds change, and at times, this change can be felt (by some demographics and geographies) intensely. Take the recent adoption of robotics and its influence on the rust belt. That - in itself when we look at the electoral map - is a big reason Donald Trump is President.

The narrative is real, not made-up, and most everyone is pushing it:
The problem with most of this story, is that it relies on what's happening in a text book, not what will happen in the future.

Adidas has long produced shoes overseas with cheap labor. You know the drill. But with robotics and a new business plan they have found that these jobs can work onshore, with high-skilled labor. They've rehomed a plant from overseas to Germany (and one in the US), which now (alongside the robots) employs 160. These "speed factories" could very well be the future. They produce the product cheaper and faster, they're closer to the market, they can ship quicker and more effectively, and they have access to high skilled folks who run these "collaborative robots."

No that doesn't do much for the rust belt today, but it may for the kids of people from the rust belt tomorrow. Not to mention, when costs are curtailed and companies become more and more competitive, consumers benefit, new products are created and industries function, and grow with an ever-expanding global market:
In racing we've gone through a protracted period of malaise and hand-wringing with the shift from on-track betting to off-track. The first stage of this grief involved hoping to get people "back to the track." When that didn't happen, various tracks wanted a bigger share of internet betting, because - like the rust belt - those were "their customers" not others, and those customers need to be charged an average cost price.

Neither tactic has or will work, and I think we all know that.

Unfortunately, while the industry has argued, the inevitable has been happening - more and more wagering (about 40%) has moved online.

But because the industry has failed to innovate with internet wagering, it's being left behind. There has not been "more money that I can use for innovation. The more money I have, the more new products I can create."

I am not confident in the racing industry, its decision making and where its mindset is. But I am bullish on what racing can be. I think it has to change from worrying about protecting the past, to thinking about the future and how to position itself; position itself against e-sports and sports in-running and DFS and so on. That's the issue, and it has nothing to do with track "A" getting 8% instead of 7% of track "B's" wagering pie.

The robots are coming and the free market - like it recently has through the Industrial Revolution, the assembly line, and the micro-chip - will adjust to serve a new paradigm. Racing needs to follow that path, and build a plan to serve theirs. Worrying about their own metaphorical rust belt is a waste of time.

at March 28, 2017
Email ThisBlogThis!Share to TwitterShare to FacebookShare to Pinterest