"It all started with a tweet last night", said Cub Reporter via email this morning.

I will tell you my opinion: they are trying to upstage the Eclipse Awards and they know it. It's intentional. And it diminishes the shine & prestige. Plus, it makes fun of a sport where people work hard at things THEY take for granted & lampoon. Which leads to my 2nd point ...
— Jeffery L Monaghan (@JeffLMonaghan) January 19, 2019

This signal, notes Cub, caught his eye, and when the floodgates opened, he knew he had a story.

You've all seen the new BuzzfeedRacing's headline blared across your computer screens. 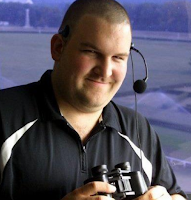 "That was fake news," notes the gumshoe reporter. "I contacted Beem, and he told me that after the Beemie Awards he went to Golden Corral with Carly Kay Kaiser and ate at the buffet. He even sent pictures. The roast beef looks delicious."

Since that time evidence is piling up.

Mark - Sham I am Not on twitter - helps with the ceremony:

"I woke up this morning and logged on twitter and saw my name was changed to 'Sham I Am'.  I emailed twitter support and they sent an email back. It turns out my name was changed by a hacker. All I have is a partial email address of the would-be infiltrator - a**xwaldr*p@NT*A.com."

Those who enjoyed the Beemie Awards are starting to report some very odd things.

Candice Curtis found a Breyer horse's head in her bed.

Sid Fernando got mailed five copies of The Art of the Deal, by Donald Trump's ghostwriter.

"Someone is sending a message," he told Cub.

"I usually get five a week, not five a day," the Cowboys fan said via email of the ominous anomaly.

Yesterday, the Beemie Awards trended on twitter, which is not news, it usually does. But that it trended at exactly the same time as Baby Hitler did spark the ire of some.

"This is a deep state technique..... linking your name with a guy who is really bad. Those anti-Trump libs are transparent and easy to figure out, unlike say me", said Fox host Sean Hannity, who googled "Deep State" last night, saw this piece, missed the point entirely, but wanted to have his voice heard.

Even the Pull the Pocket Blog is noticing unusual activity. Usually half the traffic comes from Russian bots, but today it's up to three quarters. Of course, this is good for business because of all the advertising revenue, but it's nonetheless worrisome.

"It appears - and the evidence continues to come in - that horse racing wants the Beemie Awards shut down", cautions Cub. "First it was that scrappy little site who posted race results, next it was Derby Wars, next it was Kentucky Derby Futures. Now, it's clear - The Deep Horse Racing State is coming for the Beemies."


at January 19, 2019
Email ThisBlogThis!Share to TwitterShare to FacebookShare to Pinterest