I thought I’d share with you all my Eclipse Award Ballot.

Who am I kidding, Vladimr Putin has a better chance of getting an Eclipse Ballot. Hell, I don’t even know all the categories.

But since I see everyone voting and I feel left out, here are my votes for the various categories I think are categories.

My Vote: Jason Beem. The man writes books, has a podcast and does that goofy awards show thing. On the side he is the voice (for two weeks or so) of Gulfstream Park West at Calder Racetrack. Hands down, easy winner.

The nominees: NYRA, the people who put their pick 4 tickets up on TVG, Garett Skiba and Inside the Pylons (the duo who market the Jockey 7 bet)

My Vote: ITP and Skiba. They’re so good, when I forget to take a jockey 7 bet, I sit and stare aimlessly and without hope, wondering what kind of terrible man I’ve become.

The nominees: A Baffert horse, A horse soon to be moved to Baffert, Instagrand

My Vote: Instagrand. When the owner said he wasn’t going to race in the Juvy, everyone on social media lost their mind. That horse had serious power.

The nominees: Accelerate, a bunch of other horses who raced Accelerate that no one has ever heard of

My Vote: Accelerate. His stretch battles with horses no one has ever heard of were epic.

I marked Zenyatta, just like I do every year, to piss off Carly Kaiser.

Bettor of the Year

It's gotta be Sea Bass, because holy crap he looks the part. 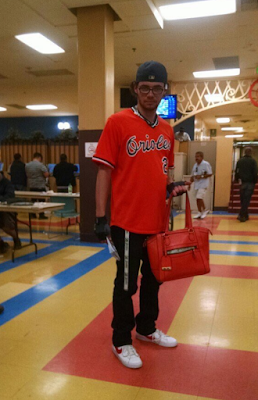 I voted for myself.

The “Will the Roulette Wager Catch On” Award

And the big one, Horse of the Year.

I struggled with this one. Then I thought of it, like I often do, with pure logic and reason.

For years – many years -  I heard how tough it was to win a Triple Crown. I remember how that sage and wise Wilford Brimley looking fellow talked about how it was impossible, like trying to kill James Bond. I think back to the many people wanting to add time between the races because horses bred to run could not run in such a short period of time (even though we watch Winx do it regularly).

Plus, Apollo. I mean, that’s a curse way worse than when the voodoo people on the other side of the island made a doll that turned Gilligan into a crazed lunatic.

Short answer: I totally buy into this narrative. 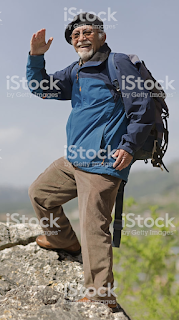 So, I said to myself, “Pocket, there was that guy who climbed Mount Everest, and when he hit the summit, he drank a pint of vodka. Then he headed back down, and when he reached the bottom he said ‘no one has done this twice in one day’ so he went back up. He summited, with ease, then when he was on the way down he saved a half dozen mountain climbers from sure death. When the amazing climber reached the bottom, people – people who gathered when they heard of this heroic feat - threw flowers, and hundreds of Sherpas gave him a standing ovation because they never saw or heard of anything like this in their cultural history.”

And then, at the year end mountain climber ball, he comes second in the voting for Mountain Climber of the Year.

I can’t let that happen. Not on my watch. Not with this fake Eclipse Award ballot. I voted for Justify.

at January 01, 2019
Email ThisBlogThis!Share to TwitterShare to FacebookShare to Pinterest