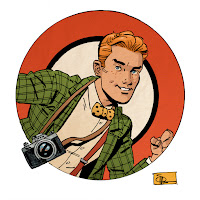 Everyone has been talking about Lance Armstrong's mea culpa Oprah interview, but your cub reporter (me!) has found out the Oprah has already interviewed Rick Dutrow and it will be aired sometime in February.

As an added bonus, your cub reporter (me!) snuck into the interview posing as an electrician. I told Oprah that her lights were making her look like a cranky older woman on the View and she commandeered me to fix it. She didn't even ask for I.D., so away I went with my fake wrench, while she interviewed Rick.

I took notes because that's what cub reporters do. Here are some interview highlights.

OW: Hi Rick, thanks for coming onto the Oprah Winfrey show. Woot woot!

RD: Ya, woot. You're welcome Oprah.

OW: Rick, most know what you've been going through, but to refresh for my audience, you have been suspended ten years for violations in horse racing. You've appealed them to several courts, but it seems the end of the road may be near......

RD: Thanks for reminding me, Babe.

OW: It seems it might already be happening as there was a news report your horses are being entered under an assistant's name. Is that true?

RD: Jdutrow knows nothing about that.

RD: The guy is a weasel.

PW: Well he wrote on ESPN "I think this is a case of the system working perfectly and regulators hitting the bulls eye." Scanning the twitter I see a lot of people seem to agree. A lot of people seem to be saying bad things about you on social media, or in grandstands. How does it make you feel?

RD: They're entitled to their opinion.

OW: But how does it make you feel? Really feel, deep down in your heart. Tell me Rick, tell my viewers.

RD: I don't know. It makes me feel hungry. Hungry. Or sleepy. Look, people can say whatever they want about Jdutrow. I don't care.

OW: Under that tough exterior there is a man, a feeling man with deep thoughts, maybe late at night. A man who cries, who feels. Tell me Rick. Tell me.

RD: Are you trying to make me cry? Jdutrow doesn't cry. I didn't cry a the end of Field of Dreams. I don't cry when cutting onions while listening to Kenny G. Jdutrow does not cry.

Oprah then huddles with producers. I hear "he's not gonna cry" from one, Oprah looks confused, sad, scattered. One of them says "Big Brown" and Oprah returns.

OW: What about Big Brown?

RD: Nice try Oprah, but that gets me mad, it doesn't make JDutrow cry. Kent blew it, I am sure that horse was in tip top shape and woulda won in 2:25. It was Kent's fault, not Jdutrows.

OW: Lance was a much easier interview than you are Rick.

And that was all I saw. I am not sure if it will be aired or not. But that's the news from the cub reporter (me!)

at January 17, 2013
Email ThisBlogThis!Share to TwitterShare to FacebookShare to Pinterest