The winner looked to be running out in the lane, and the pace was slowing at a pretty stout rate throughout the mile, with the third quarter covered in :25 and a last eighth in a respectable (especially for a horse who 'can't get nine furlongs'), 12.3. For energy distribution types, the splits were good for a front-runner to run a decent number. 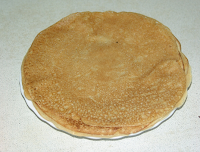 While Nyquist did what he was expected to do, the big horse of KM's did not. The horse that has always looked like a seasoned, smart, sports car threw a clunker. Whether he i) didn't like that surface, ii) didn't come to race, or iii) was sore is anyone's guess, but he was so flat that other flat objects bowed to him. The wide excuse is bogus, in my view, because he could not engage willingly, never picked up the bit and showed absolutely nothing at all.


I'll pitch that race. He could be a horse I'd bet in the Derby.

For sharpies who found Derby futures on an exchange somewhere's, or bet with your friend Bob, you made a good move betting Nyquist yesterday at around 4PM. It was probably the only sound play at that point. Derby futures in the US are in the system that was invented in Kentucky in 1905, so you'll get the closing price today.

As for Nyquist, who physically looks more like a sprinter or miler to me, it's hard to discount him in five weeks. It doesn't matter if he can 'get 10 furlongs' (notice the goalposts always move with these horses?), to me. Hard Spun and Bodemiester both went crazy fractions and almost won the Derby; in fact, if Street Sense gets blocked and IHA runs into some traffic they both win the Derby off that trip. Speed wins races and is a tremendous asset. Nyquist sure has that.

Florida Derby day did $32 million. As we've talked about before, world-wide the sport of horse racing is sputtering some, but the big events are, like other big events in sports, driving eyeballs. It's not just regular fans looking at the day, either, as witnessed by the $440,000 the Rainbow Six took yesterday. Regardless, you have to give Gulfstream some props. They try hard to bring in the bet, and promote the heck out of their big cards.

I hope y'all enjoyed the day. Have a nice Sunday.


at April 03, 2016
Email ThisBlogThis!Share to TwitterShare to FacebookShare to Pinterest