The Inside Scoop Behind CDI Snagging the 2018 Breeders' Cup

As most of you know by now, the 2018 Breeders' Cup will be held at Churchill Downs in Louisville, KY.

What you may not know is the inside story of how it came about. For that, we have our intrepid Cub Reporter ® who had unprecedented access to the proceedings. "Cub" has, via email, sent me most of the scuttlebutt, with the disclaimer that it's just between us. So, I'll change some words around and write about it below.

As we may expect, for CDI to consider the Breeders' Cup, several changes had to be made to revenue models, and at times, the negotiation was relentless. Further, new revenue streams had to be established, so the CDI machine could show record profits.

Some details that you will read about here and here only (until some of them are released to the public):

Takeout: "The Breeders Cup share of takeout is already set in stone, but there's no one stopping us from upping our share", says my source (who for anonymity I will simply call "Churchill McChurchillface"). "Penn tracks can charge 30% and they're doing super, so we will be looking at those rates," he continued.

"There was a movement for 100% takeout on some exotics by some executives, but that was snuffed out because one of the team said (and I think he's right), with 100% takeout we'd have no prices to show on our big screen". 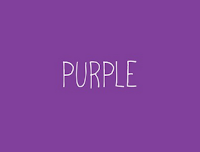 Licensing Fees: Today, CDI is filing a patent on the color purple, when said color is used at racetracks, or anywhere in America, that brown animals of any type run in a circle with a pari-mutuel outcome.

"This will allow us to charge a licensing fee of 3% on anything sold with the color purple at Churchill Downs, during BC week", said McChurchillface.

"Right now the legal team is looking into if we could take 3% of the purse, because the saddlecloths for the races are purple. This will add more revenue," said my source.

No Coats: Security (although Churchill says they will publicize this beforehand so no one is caught off guard) will be confiscating all coats upon entry.

"You see, the temperature in October can get cold. With the new no coats policy people will have to buy one - a purple one - to stay warm. The only place the heat will be on will be in the Mansion,", my source said. "And to get into the Mansion you have to show your tax returns with many zeroes. The average fan must buy a jacket." 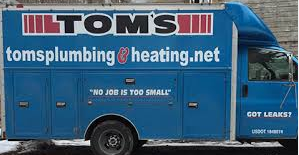 Cost Cutting/Ads: "We have to do some cost-cutting if this is to be a success," said the source. "Travis Stone will be paid nothing this year. We feel the free publicity he gets could land him a job - Buffalo Raceway, Fair Meadows Tulsa, Marquis Downs - anywhere, so we're doing him a favor. This is like a pension, or employee benefit."

The "big screen" will show ads, from just about anywhere.

"Calder threw up some risque ads of the ladies, remember? So, since they broke ground, anything goes, as long as it comes with Benjamins", said McChurchillface. "We will even take a Keeneland or Kentucky Downs ad."

Television Production: People may, like usual, tune in to NBC and expect some big names on the docket. In 2018, CDI is going all digital, and doing a little cost cutting.

"We're going to broadcast the races in standard definition, and in between races we're just going to be showing pictures from instagram and twitter. We might have a guest or two on Skype" said the source.

"No one will miss one horse bath, so don't worry. It will be all tastefully done".

One potential problem for some, however, is they will need a Twinspires account to see any of it, free, relays my source. And, at the present time you may have to bet at least $1,500 in the calendar week before to be eligible. 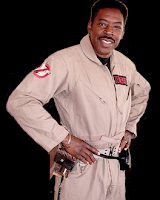 Appearance Fees for Celebrities Will be Toned Down: If there's something we like about the Breeders' Cup, it's the celebs - Richie Sambora playing guitar, Broadway musicians, Tom Brady (if suspended and having nothing to do that weekend). In 2018, expect none of it.

"We'll tone it down a little," said McChurchillface.

"The National Anthem might be played by a Nickelback cover band, The Best is Yet to Come might be sung by the winner of a local talent competition. Between race interviews will probably be of Montell Williams, Urkel, ex-Paulick Report founder Brad Cummings, Ernie from Ghostbusters, or maybe some old retired boxers," says my source.

"That kind of stuff".

That's all we have right now. We'll keep our ears to the ground here at the PTP blog. Cub Reporter ® will be working his or her sources. When we hear more, you will hear more. We're here to serve.


at April 25, 2016
Email ThisBlogThis!Share to TwitterShare to FacebookShare to Pinterest

Love your section on "Takeout".
Haven't laughed so hard for several years.
Thanks!

Cub Reporter has most excellent scoops.

Now you've done it! The Pennsylvania track operators will say 100%? Why didn't we think of that first?