Harness racing sure is an odd duck.

On Saturday, after one of the best races you'll ever see, someone on social media brought up the fact that the driver of the winner kicked dropped his left foot repeatedly out of the stirrups down the lane. Upon review, yep, that's as plain as day. According to the harness racing rule book, anyway.

What happens in the sport at times like this - i.e. when an outsider points out an insider did something wrong - there's a circle the wagons thing that goes on, that, in better circumstances would be pretty magical.

"That wasn't kicking feet out of stirrups! You're blind". That's what I like to call the Trump defense; he says something that's on video, then denies saying it the next day hour.

"C'mon there are bigger problems than that, like cobalt!" That's what I like to call the single mom with two kids can deal with 77 problems in a 24 hour period, but harness racing as a billion dollar business can apparently only handle one problem at a time theory.

And my personal favorite, "No one watches the sport, so no one noticed it." I'm one of those people who constantly get coincidence and irony mixed up, but I think that's irony. 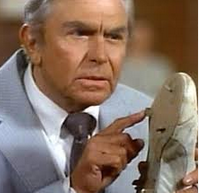 It's not like this didn't happen at a stakes race (or two) just last month to the same person, so it's not a stretch for someone to comment on it, and a topic people are going to chat about. It's a public sport after all, and you don't have to be Matlock to figure it out.

Meanwhile, across the pond on Saturday, a big trainer was caught with high cobalt levels in some of his stars. The test was done in Norway, comes up positive, then France, Italy and Sweden all follow suit and don't accept entries. Horses are immediately moved from the barn, and off we go. That's about 180 degrees different than it's handled here.

That's a big thing, though right? They must only handle those there and let others go.

Overseas something like "indiscriminate use of a whip, or foot" is a rule, not a suggestion, or something to argue about on Facebook. So it's called like a rule should; as, um, a rule. This is why when it happens, a Swedish driver is given a fine equal to 40 days salary (what would be about $40 or $50k for a top driver in North America.

This is universally accepted as bad, and it's called like it. That's a little thing, though, but it has spawned cooperation, a culture, a structure and an ability to deal with the big things.

Back in North America, despite myriad evidence this way is the right way to handle most any sport, many people will complete, and continue to forward a very troubling trifecta:

Who cares about that thing > We have big things to worry about > No one watches the sport to see the little things anyway.

Many think that each of those items is mutually exclusive; that they're not inexorably linked.

In my view, it's a fatal flaw in harness racing, and with the circle the wagons, insular nature of the sport here, where most everyone talks to themselves in an echo chamber, I don't think many even realize how terrible of a trifecta that is.

at September 13, 2016
Email ThisBlogThis!Share to TwitterShare to FacebookShare to Pinterest

This article will not be shared by harness people. I guess you know that already.

They are right. Nobody watches the sport so NO ONE CARES (and harness racing seems happy with it).

Harness Racing is a sport as is Nfl,mlb,Nba,Nascar and they are all Big Business.