There's More to Racing's Market than Men & Women, the Old & the Young

I marvel sometimes how we get so stuck in a bog in racing.

Racing is about rich people and brands, where old men gamble and women watch them (while wearing a nice hat); where the young fellow at the end of the grandstand is boozing on 50 cent beer.

Targeting them involves that stereotype. It's the way it is.

Instead, others take a different path.

I had to do some research recently and learned that the video gaming top-line demo in the US is primarily male, and young. I guess that should be no secret. 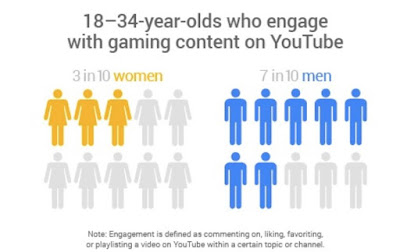 So, a marketer (a terrible title for today's profession, but we'll use it) should, according to racing, act accordingly. This is an open and shut case, no need to call Matlock.

But it's not the way things work in today's world. That's why others use cohort analysis, subsets of subsets, and take advantage of the amazing tools data and the web affords.

When you do that, doors open.

Looking at the subsets for video gaming, you learn:
and this gem:
So, by targeting males under 25 only, we are ignoring the fastest growing demo in gaming. Not only that, women over 25 (or men) have more disposable income than those younger, so we're ignoring higher incomes and hurting ROAS, which is the main KPI.

The videos we use to promote gaming, should probably be longer and more detailed if we're targeting over 25 women.

If over 25 year old women are sharing these videos more, why is that happening? What can we learn? Social currency is dollars and cents, it's not a small part of ROI, and it needs to be maximized.

Style and beauty mixes with gaming? Apparently so, so let's do a banner ad campaign on those sites, with a 25-34 demo and see what happens in terms of cross promotion.

And of course, at the end of the test we'll find out if we're right or all wet.

It's probably easier to get folks to the track with jewelry, hats, and whatever else, based on how we pigeon-hole, or based on what we think we know. But, honestly, I think it's really short-sighted, and it's one of the more maddening parts of this sports' marketing and outreach efforts.

Speaking of racing and markets, here's a tome on the state of gambling - DFS, esports and possible upcoming legislation - and what racing should or could be doing to harness it. Let me know what you think. 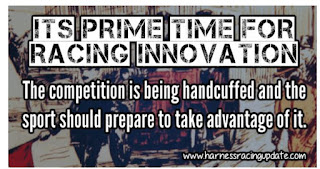 at April 21, 2017
Email ThisBlogThis!Share to TwitterShare to FacebookShare to Pinterest