Just when you thought it could not get any worse.

"I don't know what happened," says Sister Martha, of St. Patrick's Church in west Louisville. "They just called and said I would not be able to attend the Derby this year."

Sister Martha, as most know, shows up at the Derby each year, selling roses on behalf of the under-privileged children of Greater Louisville. Although she usually raised only $20 or $30, this tradition dates back over 70 years.


"I've been doing this since I was 25. I never had a problem before," she said. "I saw that nice Secretariat man got in trouble that one year, and I saw the news on the Brad Cummings Report that the lovely young and talented Caton Bredar had her credentials revoked, but I didn't think it could happen to me."

Sister Martha says she feels most upset for the children.

"They've done nothing wrong. It's sad," she said.

A Churchill spokesman, on condition of anonymity said although he feels bad for her, it was time to pay the piper.

"A few years ago we increased takeout on unsuspecting horseplayers. In Sister Martha's case she was selling flowers tax free. We simply asked her to give us 22% of the proceeds, and I don't think she liked that. Something about the "children," he said.

"This was just about leveling the playing field. It's nothing personal."

When asked what the proceeds of charging the children would've went for, the Churchill spokesman said they would still go to a needy cause. "The markets have not been as kind this year as in past years. We have to get our bonuses from somewhere," he said.

Reaction from the industry was mixed.

"When I was a young boy I sold flowers in Austria, so I have a soft spot, not only for the children, but for flowers" noted Magna head Frank Stronach.

Some in the industry have rallied around Sister Martha. 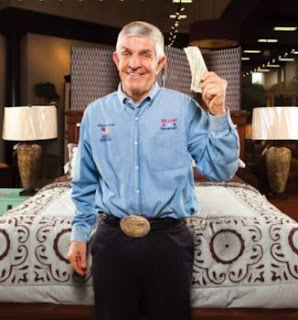 Mattress Mack has started a Gofundme. Toby Keith has begun to organize a free concert. Bobby Flay said he'll make a new drink for the Derby (with simple syrup) and all proceeds will go to Sister Martha. Todd Pletcher has donated locks of his hair to be sold on Derby Day.

Others tried and are there in spirit.

University of Kentucky coach John Calipari said he'd do something, but he's on day 3 of a 364 day recruiting trip and unavailable. Rick Pitino said he'd give a free talk, but no one seems to like him anymore. Ron Turcotte said he'd sign autographs for free, but he can't find a parking spot.

It appears that once again, Churchill has galvanized the great industry of horse racing, although perhaps for the wrong reasons.

That's all the fake news that's fit to print. We'll keep an eye on this developing story.


at April 27, 2018
Email ThisBlogThis!Share to TwitterShare to FacebookShare to Pinterest