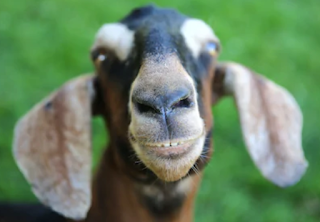 Spoilers for the west coasters are revealed in this post, but really, since no one reads this blog other than Russian bots who hacked the result months ago, I'm probably safe.

Ken Jennings won the Jeopardy GOAT Tournament tonight with a pretty amazing display of knowledge. I don't think anyone who watched it could conclude it was anything but deserved.

However, as per usual, we'll focus on one slice of that beatdown.

James went on a storied run last year and used great knowledge yes, but mostly scored by using optimal game play. The man, without question, knew how to bet. When this tournament rolled around he had to lean more on knowledge because Ken - while watching James' run - learned how to bet, too.

Ken sought out the daily doubles, because he knew the edge in finding them. Ken, when landing on a daily double, bet more than he ever has because he knew he needed to score. When Ken's gameplay changed, James' chance of winning got walloped big time. He lost his edge, and had to compete with a smarter player. It got so frustrating at one point that James remarked, "I want royalties on this" when Ken found a daily double before James and bet a bundle.

For Ken to beat James, he didn't have to study more; to read more books, or pop culture; to pore over Encyclopedia's or reread Greek Mythology. That would take more time than there are minutes in a day.

For James to beat Ken, on the other hand, he had to do exactly that. He had to become smarter.

For us as bettors, this is tantamount to a decision we all tend to make: We want to be better handicappers. We want to spend all of our time learning more about speed or pace, downloading software, building databases, and God knows what else. We want to become smarter.

What in fact most with a modicum of handicapping ability should be doing is spending our time learning exactly what Ken did: How to extract more money from the pools using our current knowledge base.

Why do we put so much time on the former, and so little on the latter? In some cases, I think it's a big reason why we lose.

at January 14, 2020
Email ThisBlogThis!Share to TwitterShare to FacebookShare to Pinterest