Using Slot Money to Invest In Customers With Wagering Credits 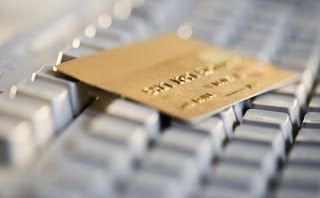 I once had a discussion with a head of a US racetrack regarding signal fees, rebating and the like, asking about how he could increase his handle on his home track. The fly-in-the-ointment with this is apparent: Charge a low signal fee and you are able to rebate players with your home track handle, however there is no way to guarantee that the rebated player will use the rebate to bet your track. He could easily use the money to bet others via his/her ADW or simulcast center.

In effect what happens is the opposite of what a track wants. The track who wants to raise its handle with a player reward system, ends up helping his neighbor who might charge a higher takeout. When we talked about this phenomenon he said "we have not figured out how to do this properly yet".

What we are left with, is a stalemate of high takeout from the largest racetracks. This hurts the game, because they are squeezing customers for every cent they are worth. And, newsflash: people are tired of getting killed at the windows and stop playing the sport.

Dave Briggs at the Canadian Sportsman wrote a piece about the recent roundtable for harness racing that was published last week. In it (among other things) he describes getting the ORC (Ontario Racing Commission) involved for setting up a slush fund, where new initiatives are funded with the bandit money. It is no secret we have used a lot of this money in racing - billions upon billions - for bricks and mortar, feed men, purses and all the rest. However, very little has been used on the core of the sport - the customer.

If the ORC did succeed in mandating money be spent on the customer end of the sport I think there is a tremendous opportunity to up handles overnight - possibly by a huge amount - by tackling this problem that the US track head had by helping the player. In a nutshell we would use slots money to fund a wagering rebate (i.e. lower takeout and higher churn), but the rebate must be spent on the track that is doing the rebating.

In Ontario, with the myriad harness tracks getting slot cash, it would work like this: Each Ontario track would have cash mandated to grow handle via a slush fund. They would have player reward cards, or in the case of HPI, a built-in system where when the customer spends $100 in bets, he gets $7 or $8 back. The kicker is, unlike now (at rebating ADWs for large players) where the rebate would go into an account with 50 or 75 tracks as options, this rebate would be a wagering credit on the rebated track only. If all harness tracks in Ontario got together with this, we would ensure rebated money is spent only in Ontario, on harness racing.

If you or I are in HPI we might bet the following:

We do this four nights a week.

Currently that betting would get us pretty much squat (other than a kick in the noggin with 22% blended takeout), except for a few "points" to spend on a cap or some sort of reward we are not going to use to bet with. If we bet it with a rebater, we would see the next day in our account, a deposit of about $30 ($400 handle rebated at 8%, lets say). We can of course bet that at any track, for example a Saratoga pick 6 carryover. Good for Saratoga, good for RGS or PTC or another rebater.... lousy for harness racing.

But what if we had wagering credits instead, on just harness tracks? At the end of the week we would have wagering credits of $80 or so to be spent only on Mohawk, $40 or so on Grand River and $40 or so on Flamboro. That money will have to be bet on those tracks only. On that handle above, if it is churned five or six times, we would immediately bump handles for harness appreciably. And of course, each time it is churned, it is adding to the business because the churned cash is added to the coffers with takeout.

This would of course help the player win, and players who think they can win, and do the odd time, play more and get hooked on your sport. Just ask online poker players about that, playing with 4% rakes. In addition, winning more provides a better customer experience (we often wring our hands about customer service in racing..... well, there is no better positive customer experience than winning more money). They could conceivably bet our sport instead of the Belmont's of the world (because Belmont gives them nothing back in terms of a price break).

About seven years ago at a conference one of the WEG brass said "We do not want to pay people to play". I think that is one of the major problems in our business - sticking to old principles. It is 2010, not 2003 anymore. Paying people to play not only helps the customer, it helps your business; not to mention casino's have been doing it for close to a century. If you are paying people to play using slots money, all the better; really, isn't slot cash supposed to be used to grow your wagering business?

For those who would say this is stifling players freedom, I would submit the players who this would benefit, are a new market to rebating. I, for example, might play with RGS and get a rebate already so I would not be attracted to this system at all. This would be for newer people, who are unaware like we are that going to the track without a rebate is like bringing a knife to a gun-fight.

For example, what if someone joined HPI, or went to Grand River, and saw wagering credits on all harness tracks that he could use over and over if he keeps playing, but no wagering credits on any runner tracks? Wouldn't that make him more interested in harness racing? If a woman at Grand River gets an email that she has $25 of free bets on her rewards card, wouldn't she be likely to go to Monday's card to spend it, instead of going to a movie, or waiting for a thoroughbred card? If she makes another $200 in bets while there, guess what? Next Monday she gets an email that she has $16 in free bets - for Grand River.

It's a new world out there and in gambling especially we need new ideas. Wagering credits by using slot money to help people become everyday players or weekend warriors is one way to use that money. I believe it is a hell of a lot better to spend money on growing our customer base, rather than spending it on a $50k bump in a stakes race, or a $15,000 Open at Woodstock, racing in front of no one but two tellers and a hot dog vendor. After all, when slots are taken away, or severely reduced like they have been in Iowa and Pennsylvania, who will we have left but customers? Why not start investing in them today, so we are not racing for a cooler and a ribbon tomorrow?
at July 27, 2010
Email ThisBlogThis!Share to TwitterShare to FacebookShare to Pinterest

This would raise handles overnight. No question about it. It also will never be done. OHHA would never go for it. They like racing in front of no one, as long as the purse checks come in.

Excellent idea. With computers, it shouldn't be hard to do.

It seems like a logical way to decrease takeout using slot money. That is something that should have been done in Ontario when slots were approved..... but the industry was too backwards to figure it out.