Cub Reporter Gets Exclusive "Left at the Gate" Interview

For those who don't know, long time independent and unaffiliated blogger (and someone I've grown to know and like via email over the years) "Left at the Gate" is a part of a new handicapping product "Timeform US". The product incorporates speed and pace figs from pacefigures.com, and through number crunching and other proprietary thingys, spits out some pace projections, trainer numbers, a final fig and a lot more.

This morning in my inbox I found an exclusive interview conducted by the whistle-blowing-Ed Snowden of the horse racing blogosphere  (who only goes by the moniker "Cub Reporter") with "Left at the Gate". Cub Reporter gets some of the top interviews in racing, and because he is affiliated with no one but the horse racing underground, he tends to ask some good questions. He's (or she's, I have never met him or her) a real digger.

I print it for you here:

Cub Reporter: Hi Left. My journalism prof told me to always start an interview with a softball question, so here's mine: How does it feel to sell out to the "man"?

LATG: A lot of people have asked me the same question. I'm still who I am. I will never change. Timeform US ® is a vocation I enjoy, is a great product and it will help newbies. I started fundraising for the Rochester chapter of the GOP, and sold my Prius for a new Jeep Grand Cherokee, but I was planning to do those things long ago.

Cub Reporter: On your blog you mentioned that you might not be as critical as usual, especially with TVG. Hypothetical: If you saw Todd Shrupp Schrupp at the Piggly Wiggly and he cut in line ahead of an old lady with a walker, would you still report it?

LATG: I would. Todd is a great guy and from what I've seen amazing handicapper - in fact I am not sure he has ever missed a pick 4 ticket he has ever given out since he started using TimeformUS ®. He is a good family man and very lovable, too. He also works for the best network (and it's not even close) in the history of horse racing. However, after speaking with him, and making sure the old lady did not deserve what she had coming to her, analyzing all the facts and whatnot, I would report that Todd, probably accidently and with no malice, cut in line ahead of her.

Cub Reporter:  It seems the old time blogosphere of the last many years have begun taking on new jobs, inside the sport in some way. You're working in it, Keith McCalmont is now handling Woodbine's social media, Pull the Pocket has been rumored to have been offered a job as Frank Stronach's personal masseuse. Do you feel the tide is changing? 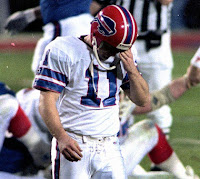 LATG: I don't feel it is. Keith was good, but Pull the Pocket never even got any traffic so it's not exactly a great loss. There are others to pick up the slack. That blogger Ray Paulick seems to be writing some good stories. Sid Fernando is still talking about horses having sex. Equispace is talking horse racing sometimes, when he is not talking about Scott Norwood's kick going wide right. That Colin's Ghost fellow is writing about horses who raced 4,000 years ago or something. And of course I'm here, still plugging away on my blog.

Cub Reporter:  You are competing with some heavy hitters. Is there any tension between you and say Ed DeRosa of Brisnet?

LATG:  There is none. Ed is a weenie sometimes on twitter, but I'd feel that way if he was working for Bris or Fatburger. As for the DRF, I really don't have an opinion. When I wrote I did not mind betting polytrack, I think they blocked my ISP. I have no idea what they've been up to.

Cub Reporter:  Hypothetical: Joe Drape walks up to you and says "Left, I want to run a free banner ad in the New York Times for TimeformUS" What would you do?

LATG: Oh man Cub, why do you have to throw me a Joe Drape question? This is mean.

Cub Reporter: I had to. I'm hard hitting.

LATG:  No, none. Thank you Cub Reporter. I enjoyed it.

I thank Cub Reporter for thinking of me and allowing me to publish his stunning work.

In all seriousness (like Alan fund raising for the GOP? that's like me extolling the virtues of 45% trifecta takeout), I encourage players to give the TimeformUS product a look. In today's universe with hundreds of races per day, it is virtually impossible to handicap them all by hand. If you are a player who enjoys more than your own home track, have a little trouble with pace scenario's or the speed index or lack of it in race, or would simply like to try a new way of looking at things to expand your handicapping knowledge, it's there for you.

I am impressed with the product and feel it has merit. And I'd say that if I knew Alan or not.


at July 17, 2013
Email ThisBlogThis!Share to TwitterShare to FacebookShare to Pinterest

Reminds me of Gradeoneracing with Steve Davidowitz.

Whatever happened to Steve Davidowitz,use to hear him on the Baghdad Byk show?

Still a little annoyed by the Drape question, but thanks, I appreciate it. (Would have responded sooner, but I was busy scraping all the Obama-Biden bumper stickers off my car. Hope-y, change-y crap.)