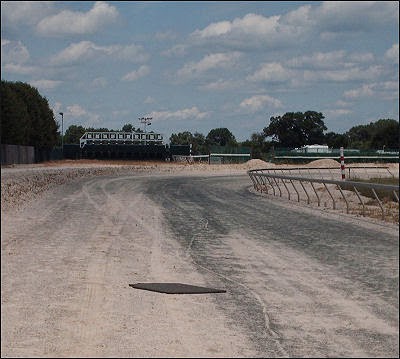 It's not a newsflash that horse racing has lost customers. However, in horse racing, like some other businesses with repeat customers, that lost customer is not a dollar lost, or a fan lost, it's lifetime dollar value lost, and a lifetime dollar value fan lost. It's not like losing a family that patronized your restaurant once a month, it's much more like losing a cable or cell phone subscriber.

In horse racing, the lifetime value of a customer lost is not computed. And its a huge mistake for racetracks not to.

A large Plasma company wanted to learn what the annual value of a defection was costing the company. A defection simply means that a loyal blood donor stopped giving blood. What they found that in the short term, the value of one donor was about $5,000.

However, the average person donated blood for 3.4 years, so the value of losing one person - just one donor - was $18,040.
The above example uses only 3.4 years, because that's how many years a customer donates. Consider that horse racing's client base can last generations, this number for racing is staggering.

As the article above alludes, when you lose an existing customer, you have to fire up your sales team to replace that customer. It can costs thousands of dollars to land a regular horse bettor, so this industry smarts from filling the funnel, which is what was alluded to in the McKinsey Report.

This is why Churchill's takeout increase - any takeout increase or anti-customer move - will end up, over time to be so bad for the sport. It's also why customer service (or nowadays "CRM" - customer relationship management) is so important.

Let's look at Doug, who said he will not play Churchill Downs any longer. He is 18 years old and he's in high school. Not having a lot of extra cash, he says his yearly handle is about $3,000. At 21% takeout, that's about $600 revenue a year from betting. When he gets a job and earns more money, let's say his handle quadruples to about $12,000 a year.

Now multiply that by 10,000 Doug's. That's $126 million dollars of lost revenue if Doug and others leave.

I had a chat with a 50 something horseplayera few weeks ago and he told me a story of a young man he knew who liked numbers, like horses, liked betting, and was having some success doing it, betting hundreds of thousands of dollars each year. He was in his twenties.

Then one day he decided he had enough with horse racing - the issues, the pricing etc - and he quit. He took his multi-millions of lifetime revenues and left. This horseplayer said to me "he is an annuity ready to supply fifty plus years of monthly payments and no one even knows he's gone."

People often ask me why I draw a line in the sand on takeout increases and other anti-customer things that occur. Well, that's why. A takeout increase - and no one disputes this - draws less money, fewer eyeballs, and makes horseplayers go broke faster. Then they leave. Why would I, or anyone in good conscience support that? Why would you want a lifetime annuity to leave you for a minor short term gain? Why would you want customers who are generational to leave you in the first place?

There's a boycott happening this weekend, but if you ignore it (it's a free country), remember that when you fire up your Twinspires account or bet the Derby Trial.  Racing is not losing a "whiny customer on twitter who probably doesn't bet very much" who might be boycotting; it's losing some lifetime bettors and a whole lot of money. In a few years one of them might be you.

at April 25, 2014
Email ThisBlogThis!Share to TwitterShare to FacebookShare to Pinterest

Pocket, Let's not forget the negative ripple effect the absence of those lost customers has on the behavior of the remaining players in the diminished pool.

I had an experience similar to that 50 yr old player.back in 2000 and 2001 I was driving across state lines to bet with an otb and playing by phone during the week. my handle at the time was about 4000 per week. Not big money but if you went to that OTB I probably was in the top 5 percent, I saw a lot of small bettors there. in 2002 I stop going therenot once in the next few months or years did anyone ever contact me to find out why I stopped coming.