Cub Reporter has the Inside Scoop on Social Media Imposters

As we see with today's Paulick Report’s expose about a purported con man, sometimes you don’t know who you are speaking with on various forms of social media. Is that person really who he says he is? Is she really an accountant from Jersey who loves reality TV? Is he really a hairstylist from Vermont who rescues abused malamute huskies in his spare time?

Fortunately you need to worry no longer. Cub Reporter has been scouring the archives, ancestry.com, various media outlets and been using state of the art identification software, just like is being used by people in government (and google) who know pretty much everything about everyone. He has the inside scoop on who is real, and who isn’t in social media in horse racing.

“Don’t tell anyone Pocket”, he said in an email to me. “OK, I won’t say a word. Your secrets are safe with me, Cub”, I replied

So, here is what he told me.

Twitter's Gate To Wire: This is someone who many of you know. He wants 72 hour security barns for all races, workouts, qualifiers, polo matches and the race Hidalgo was in. He is actually the US Anti Doping Agency's Travis Tygart. You heard it here first.

The DRF’s Matt Hegarty: The DRF supplies their correspondents with encrypted image software, not unlike is being used in the new $50 bills. If you see a red background DRF logo with a dude with glasses, it is impossible to fake. 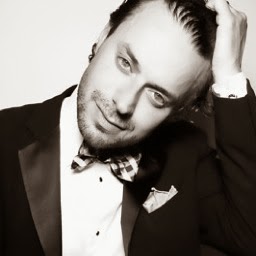 Peter Rotondo: Ya right. No one looks this good.

Alan "Left at the Gate" Mann: Fake. He's actually a Tea Party Republican who only listens to soft 1970's rock.

Sid Fernando and O_Crunk: I heard from Sid that O_Crunk was real, and I heard from O_Crunk that Sid was real. They have to be real, unless they're both lying.


Joe Drape: Real. No one could take that much abuse on twitter and not be real.

Ray Paulick: More fake than a three dollar bill, in countries where there are no three dollar bills, like the US, Canada, and probably some Caribbean island.  Cummings Report founder Brad Cummings made him up as his alter ego so people would say bad stuff about "Ray Paulick", not cuddly little Brad. This is one of the biggest and best ringers sprung on horse racing since Northern Dancer won the Kentucky Derby three times in a row (a whole other story that Cub might share one day).

The Churchill Downs Executive Team: You've seen them quoted in the press, but some of their stuff doesn't make much sense, so you'd think they were from outer space. Not true, they are very real. And they are good friends with Alan "Left at the Gate" Mann and other high level Republicans.

Todd Schrupp: We've been over this a hundred times. He's not Todd Schrupp.

Andy Asaro: Real. Shakespeare is not creative enough to create a fake character like him.

Milli Vanilli: I have no idea why I am including them on this list, but just for the record, they're real.

The ABR Live Bus: A total ruse. There is no horse racing involved at all with this venture. A bunch of shaggy haired kids in a bus? Please.

Doug Salvatore: He wants you to think he's a horseplayer, but it's a clever game. He is actually on the board of directors of Acme Industries. Acme pollutes, throws old ladies out of their subsidized apartments, and other bad things that you see anchors on MSNBC say about businesses. I'd say I had to dig to find this out, but I didn't. His twitter pic tells the tale. I am pretty sure if you look closely you can see a stock option falling out of his pocket.

Twitters "Equispace": A ruse. He's really the Major Of Buffalo

Bob Baffert: Totally fake. He looks nothing like the guy from the 50-1 movie.

The so-called "Flim Flam Man", protagonist of today's big, surreptitious article: Fake. It's a story to increase readership to the Paulick Report Cummings Report so Ray Brad can sell more ads to stud farms, Santa Anita and the Equilottery.

Let this be a caution to everyone out there in Social Media land. You do not know who you may be talking to. There's only one first and that's safety first. I hope the above acts as a guide to help you through the wilderness.

Stay safe and have a great day.


at August 11, 2014
Email ThisBlogThis!Share to TwitterShare to FacebookShare to Pinterest