The Betting Spiral, To the Power of Two, And What's an iPhone? 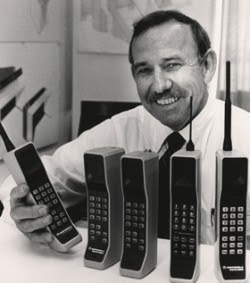 I follow some fun, smart people on twitter and last evening, one (Crunk) tweeted that he thinks handle for August will be off close to 4.5% in the US, year over year.

A link followed from Alex titled "Is Horse Racing Entering the Final Furlong" from a UK paper.

“It’s football and these other sports which are helping to counter the ongoing decline in attractiveness the industry is seeing in the dog and, in particular, horse-racing markets,” Ladbrokes’ chief executive, Richard Glynn, warned at the bookie’s half-year results earlier this month.“If turnover trends do not improve and if the current cost structures are maintained for horse betting in particular, it may rapidly reach the point where it becomes unsustainable as a product.”

..... and as turnover has fallen, racing has been after more money.

"The bookie believes that next year racing will only account for a fifth of winnings at its betting shops — down from 40pc in 2005 — unless “drastic action” is taken to reinvigorate interest in Britain’s second biggest spectator sport. Over that nine-year period, the bookie says, the costs of racing to the betting industry have doubled. The two main costs are the horse-racing levy, a statutory duty on bets placed “off course”, plus media rights"

So, cost of betting up, betting demand down. As betting demand goes down, the stakeholders ask for more of the existing pie by raising costs again.Sound familiar?

We can talk cost and pricing 'til we're blue in the face, but there's more to it.

In the UK since 2006, field sizes have crumbled (from around 12 entries per race to 9), while events have increased. (see stats here). Bottom line? They're asking players to make gambles that are poor. And they expect them to play bad racing events in the same frequency. Round peg, square hole.

Further to that,the evidence that racing itself has usually lived for the here and now, and reacted later to changing environments. In the UK, and here.

I presented on a panel with Mark Davies back in, oh 2007 maybe. Mark's a UK racing nut, one of the original founders of Betfair, and one of those guys who looks forward, not backwards.

Many years ago now, Mark was working on his "2020 Project" - what racing can and should do, to ensure viability and growth in 2020. One of Mark's thoughts was to have wifi and clouds at racecourses, cutting edge betting conduits on course; flashy apps to take advantage of bettors on course, who use new technology like iPhones, which was starting to gain big market share.

"With the explosion in iPhone and Blackberry ownership in the last two years, and with the demographic of race-goers almost certainly having a significantly higher level of such ownership than the general public, it seems foolish to me for racing not to be developing solutions for this now, rather than turning to address it in a few years’ time, when someone else has beaten them to the punch (whereupon everyone can start whinging about the fact that they don’t own the product)."

I guess we can give him a pass when he mentioned blackberry, but remember, this was awhile ago.

When discussing this with racing's stakeholders at the time  .........

The answer I got was, “Not everyone owns an iPhone.”

In both UK and North American racing, excuses about why people are not playing horse racing like they used to are frequent, sometimes comical, but certainly overused. Racing is in the state its in for many, many reasons. One of the reasons is that it has lacked vision, an understanding of the betting market, and the changing world.

Much of the hand racing is dealt is out of its control, but some of it is clearly self-inflicted.

The word "great horse" is thrown around way too much nowadays, but one horse retired yesterday - I Luv the Nitelife - who I think it was right for. I can only think of one filly since 2000 who was as dominant, tough, fast and versatile, doing it against a decent crop of horses and that's Rainbow Blue. What a shame she had to bow out off an injury. She would've been great to watch for a couple of years. Great horses usually are. To watch her in defeat, which showed her greatness more than any of her wins, click here.

Hey, I read twitter and everyone says only harness people do this stuff? In the famous words of Mike (@gatetowire), "head in the sand". Nothing to see here, move along.

The super high five mandatory payout takes place on Saturday at Mohawk. We're looking at over $600k in the pot and one might expect (with an amazing card) that might be close to $2 million when all is said and done.

at August 27, 2014
Email ThisBlogThis!Share to TwitterShare to FacebookShare to Pinterest