If last night's scuttlebutt is true, and since it is reported by this guy, who looks officous and newsmanlike it probably is, Churchill Downs will be looking for a new announcer.

I've heard down the grapevine that the new caller needs to be "accurate" but most importantly needs to work for peanuts. As we all know, Churchill doesn't pay overly well, so this makes sense.

My grapevine, which is sometimes wrong but most times really wrong, has given me the inside scoop. Here, six or seven dear daily readers, is the early line.

The Big Board 9-5 (with Churchill Downs increased takeout, 7-5):

I'm hearing this is the heavy chalk. At a meeting an unnamed board member with a lot of pull apparently said "we can get a day laborer - maybe even an intern - to type the names of horses on the board. Who needs sound because a lot of people can read good. This will help raise on track attendance. If you are not at the track you won't know what's going on."

With logic like that it's pretty hard to argue. That's a strong favorite. 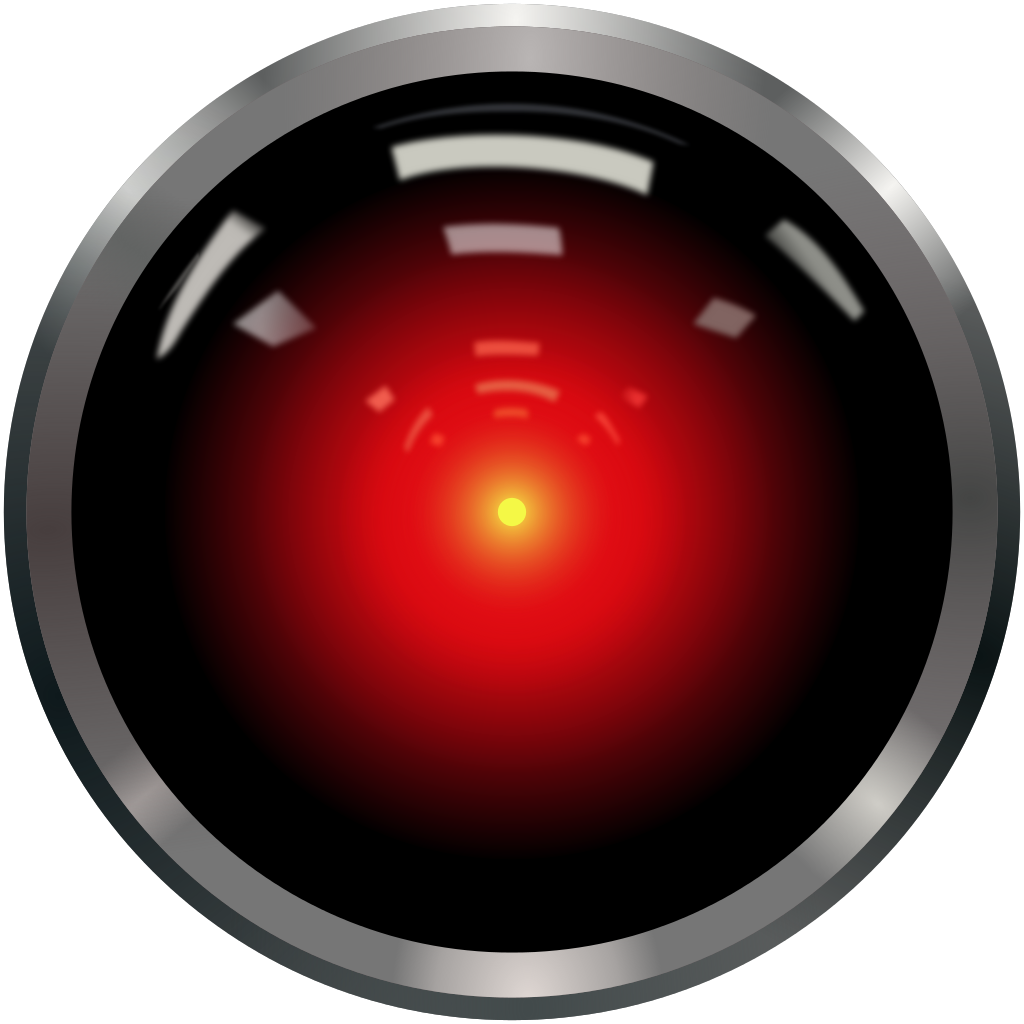 The talking eye from 2001 might be making a comeback ("We can get him for nothing" says my source); but I am hearing there are stumbling blocks.

"Using our crack staff we can not program him to say horse's names so the user experience is not that great" said my source. "He says 'here.... comes ...... three..... there .... goes ..... number ...... eight.....' , and it doesn't sound like a human person calling numbers, like at Bingo. It's not bad for some short field five claimer, but for the Derby even drunken infielders would expect more."

"The software upgrade to get HAL to speak horses names can cost upwards of $7,500, so right now it's stuck in corporate" added my source. 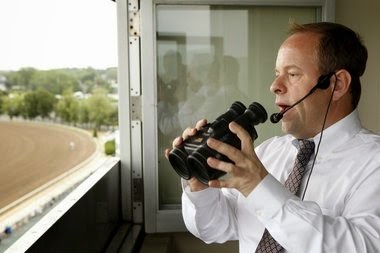 My sources say that they are trying to create splicing technology to have Larry call the races, using last year's races. A cardboard cut out of Larry (or several of them, perhaps one with Larry waving, one with binoculars, one eating a hot dog while waving, etc) will be propped up in the announcer booth, for added realism. This is forward thinking and downright cheap, as we might expect from Churchill Downs.

"Larry might tie this up in court" says my source. But he later adds "we got a lot of lawyers, so we can play hardball"

As a bettor I do think this has a chance.

Create a contest, have contestants sign a waiver that they are not paid for their participation, then let them call the races. That's a recipe a cost-cutting track can hang their hat on. 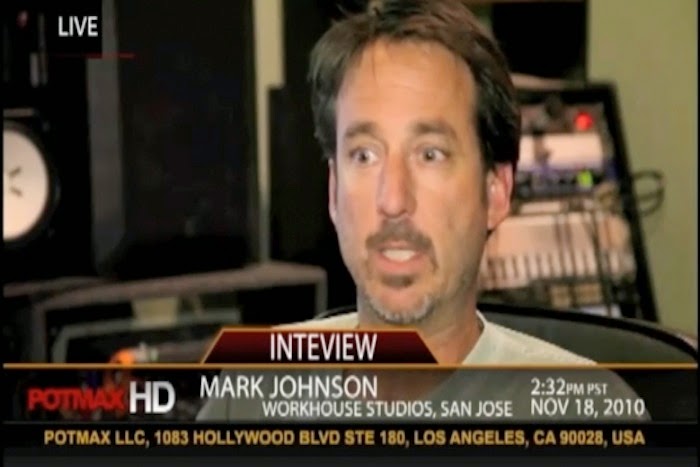 No, not that Mark Johnson, but any Mark Johnson.  By saying Mark Johnson is calling the races, people will think it's the professional race caller, but it will really be a random guy named Mark Johnson. He will be paid with free plays of Luckity at Luckity.com, and receive ten Twinspires.com points for every accurate race call. That's serious value.

"It was good enough for Keeneland for awhile, it costs nothing, and it may help field size", says my source. How it helps field size is something only Churchill knows, but those Churchill guys are kinda funny with the whole field size thing.

This includes people on this guys' list and: Richard Grunder, the guy that says "ils sont partie", Super Saver and anyone that currently works for Churchill Downs, Yum Brands or who lives in the state of Kentucky.


at August 13, 2014
Email ThisBlogThis!Share to TwitterShare to FacebookShare to Pinterest