Getting Things Done the Right Way Is Difficult

Satire works when there is a grain of truth to it.

Today I read something satirical that made me laugh. A petition to the Attorney General of New York to stop bingo in the state.

This petition has the formula down.

Introduce something that people are doing down the block, show how said activity is a "gateway" to something more sinister (without evidence, of course), add a little horror like "theft and murder", and voila, you now have a full-blown crisis.

This is a New York Times editorial waiting to happen. Get Drape on the case.

This represents so much more, though. And in horse racing it's taken to the nth degree because horse racing has little leadership, or structure to get to brass tacks. It's a New York hyperbolic DFS debate on satirical steroids. 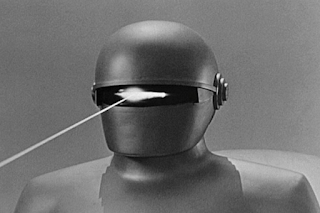 This weeks "issue" is computer wagering. I have read this week that these computers are betting at the half. They are responsible for late odds drops (but conveniently not late odds rises). They are probably being run by Matthew Broderick and if he is not stopped, a superfecta algo is soon to bomb Togo.

If 'computer robots' are betting at the half with an ADW feed, they are probably doing a hell of a lot worse than someone by hand with an ADW feed (there are hundreds of them) punching $2,000 by hand on that nice lone speed at Finger Lakes with the easy lead.

Considering the ADW and off-track betting dump is about 80% of wagering at the bell, and CRW is at most 20% of it, we're all the other 50%; maybe we're the smart ones.

As for lasix, well if banning it can cure all of racing's horse ills, falling foal crops and starts per year and more, holy moly, Europe's field size must be growing and massive! Pop the champagne, let's have some crumpets.

Yes, once a little old lady slashed the tires of someone who beat her at bingo. But she might've done the same thing if she was beaten at checkers. Yes there are issues in horse racing too, with tires being slashed everywhere in some form, but it doesn't mean the crisis du jour is the culprit.

Racing, in my view, will move forward with reform when the reform makes sense, and has some sort of logical, fundamental business evidence behind it. Takeout studies done by smart people say what might be tried, there is likely truth to the fact that horses are on lasix who don't need to be, synthetic tracks (we had to get rid of them because people like betting dirt, and handle was falling, you know?) and other items, too, show some empirical, logical merit.

Good policy comes from good research and good decisions, not from scaring people and whipping them into a frenzy to support your pet project. Maybe one day, not soon, but one day, things can get better.

at November 19, 2015
Email ThisBlogThis!Share to TwitterShare to FacebookShare to Pinterest

According to an old article quoating the gm of rgs at the time, we aren't the smart ones. Rgs customers on average were losing 5 or6 % before rebate. His words not mine. Considering the take is 15 to 30%, that's pretty good. If all crw is 20% of the handle, basic math tells one how they affect the overall take for everyone else. That's only half the problem. The fact they have the ability to make dozens and hundreds of bets in seconds, it makes the oddsboard moot. Joe horseplayer who works hard, has lots of knowledge and discipline still has no chance unless his rebate is within a few points of these parimituel pillagers.

That was quote not quoate.

Horse racing pricing is a mess, yes, and rebated action is responsible for about 1.2% (high end) of takeout cost to non-rebated players. The 1.2% is not the problem, the 30% on supers at Penn is, the increase by much more than that at Churchill Downs is, the jackpot bets (a massive takeout increase on them) is.

AS my article notes, and I do believe this, we yell and scream about marginal nonsense often in racing, but the real problems have little to do with the margins. The margins are reacting to the systemic problems that racing can not seem to make progress on dealing with, not causing them. That's what racing fails to see on and on and on, over and over again.

They blame the symptoms, not the illness. And that's never going to work.

I respect your work in the business but I just can't agree. When guys like Dana Parham can make millions by "losing" at the expense of the6rest of us because are rebates aren't as big or non existent and he has the ability to make bets in seconds that would take me minutes to make, then that's not right. By the time my bets were in my odds would all be different anyway. When it comes down to it, I'm just talking to hear myself speak. I only bet a couple of months a year now and not nearly the money i used to bet anyway. It's just painful when you've been going to the track since age 4 and betting since age 13 and.now have only frustration and empathy towards racing.