Wednesday Notes, and Some Good Things in Interweb Racing Land 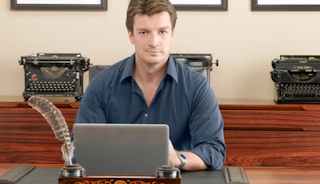 Old-time racing has a lot of trouble understanding carryovers and their driving of handle. It's like it's one of life's great mysteries. I emailed the dude who plays Castle on Castle and he set me straight.

"Dean, carryovers excel for a few main reasons. First, and most obvious, price sensitive players with big bankrolls play them because they offer a takeout reduction. Some carryover pools are actually positive expectation bets, where more money is paid out than taken in. This is the holy grail for these players - in fact any gambler worth his or her salt - and these players will bet 400, 500 or 1000% more than usual. This is why "last flashes" on carryover pools are so amazingly huge. Second, with bigger pools there is at least a chance at a big payoff. Third, in the internet age, racing channels, twitter feeds and others have reported on them more and more, and players have caught the bug."

Just now, in the second race at Gulfstream, a $50k carry resulted in a pool of $562,000. I want to thank TV detective Castle for helping us understand this phenomenon.

Sid Fernando is a good pedigree dude and knows his stuff. He has been writing a bit more, for free, at his newly designed blog. This post on Nyquist's pedigree re: stamina is insightful.

Speaking of Nyquist, I thought the talk that he can't "get 8.5 furlongs" before the BC was kind of weak. If he's a good, precocious miler or 7 furlong horse he can stroll his last sixteenth and still run a good number to beat those handily. However, the leap to being a very strong ten furlong horse does seems weak. He looks to me like the Factor and Goldencents. Great talent, and he could sprint and stagger to a decent 10 furlong number, but he's not built to go long under any pressure. We'll see soon enough.

Dana, another internet racing patriot, has been doing more good things at Hello Race Fans and Raceday360, including a visualization of paths to the Derby since 1990 (really cool) and "Tout Wire".

It looks like the racing plug has been pulled at Northlands Park.

I had a ton of hits and a lot of comments (primarily on twitter) regarding yesterday's post drag post. The comments from insiders had one common thread.

"When I hang zero minutes to post for six minutes my handle is up 25%. When I stopped doing it, handle went down 25%."

Yes, I understand and I mentioned it in the piece. It works the same way a sale works on a busy street - keep the "buy now" sale going for six minutes longer and you'll sell more - or the countdown clock on the home shopping network. We've all been to simulcast outlets where bettors see "0" and run and bet ahead of a track that has "4" flashing. The more eyeballs on zero, the more people choose you first. Common sense.

Saying "we tried to change for X weeks and we lost handle" is a little like the "low takeout didn't work because handle didn't go up for the one week at Laurel in 2006," though.

A sport, especially a gambling sport, thrives on post time being post time - for TV (as the most recent comment on yesterday's piece) and for real bettors. Real bettors need to know the off time to see near post time odds, structure tickets based on the odds board and make their plays. If an off time is questionable it is a disservice to those who gamble. The sport needs to attract gamblers of all stripes to survive, not depend solely on people who gravitate to betting zero's on a TV screen. It has a lot of work to do.


at February 17, 2016
Email ThisBlogThis!Share to TwitterShare to FacebookShare to Pinterest