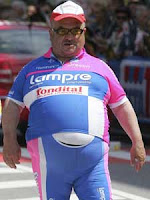 Harness Herb is back. And he has his Tuesday questions.

How can a data provider like Equibase make oodles of cash the last ten years by charging race fans huge fees for past performance data they use to bet, while the industry suffers from handle losses?

How can Charlottetown Driving Park attract 20,000 people on Saturday drawing from a population of less than 150,000 (with less than $100,000 in purses on a race card), yet the Meadowlands with many millions to draw from, as well as $3M in purses, can only get half that for Breeders Crown night?

Why is the Confederation Cup thinking of going to Ontario sired horses only, when we already have a half a gazillion OSS finals that few people watch, or care about, each week?

Why is no one speaking of Muscle Hill dodging a half mile track race (the Yonkers Trot)?

Who voted for Lucky Jim over Muscle Hill in the Breeders Crown poll?

Why do Australian jockeys get fined their purse fee, their riding fee and given over a week off for hitting a horse four times, yet in harness racing that same fine would be lucky to be $100?

How can the multi-billion dollar Wynn's Casino in Las Vegas give a room comp for $4000 bet, yet you'd be lucky to get a free coffee for the same amount at many racetracks in North America?

How can harness racing B tracks expect to survive when if you bet $20 to win, you can knock a horse down from 50-1 to the chalk?

How can a driver like Randy Waples, who will retire with over $100M in purse earnings and win many big races, have that career with nary the use of a whip, but any driver under the age of 30 seems to want to use it like he is Mel Gibson in Braveheart?

Why is Stan Bergstein seemingly the only insider to comment on the implosion of the Ontario Harness Horse Association?

How can Luc Ouellette, one of the winningest and most professional drivers in North America, get so few live drives at WEG?

How is it that only two years ago Mark MacDonald was considered the horse whisperer who could magically make horses go faster, but now he is considered by many bettors to be ordinary?

Is Jody Jamieson now the new horse whisperer, only to be replaced by another who scoops live drives in two years?

Is the above why I don't bet drivers?

How do slots companies always ask for a tax break and generally get them, but horseplayers can never get one?

How can a horse go from 3-1 at 0 minutes to post, to 8-5 at the finish line, with no one in our industry wanting to fix it? Would those same people consider it a positive customer experience if they picked up a pound of ham for $1 in the meat section of a grocery store, to be charged $4 at the cash?

Until next week, Harness Herb............ out.
at August 25, 2009
Email ThisBlogThis!Share to TwitterShare to FacebookShare to Pinterest

First of all, regarding past posting. There was an article earlier this week (can't find it now) where there was discussion about closing betting when the horses enter the gate (the runners). Management's answer? We can't do that, a significant amount of money is bet at the end when the gamblers find the true values. The standardbreds feel the same way. Well, Eintstein, if you close the wagering earlier, you will still be able to find the value; just a little earlier.

I don't bet drivers either. As I tell my friends, when a driver falls out of the sulky the horse keeps running. I will be the driver when I see a horse fall and see the driver keep going.....

Why does no one (except bloggers) write about Muscle Hill dodging a half mile track? It is because the breeders control everything and all they worry about is syndication values and stud fees. If a horse looses, both can drop.

Poor attendance at the Meadowlands for the big races? I have often said those big races should be held elsewhere. What appears more impressive? 25,000 in a place which can hold 40,000 or 10,000 in a place which can hold 10,000 people? The media sees this and though you may have more people at the Meadowlands, it looks like something no one could care about. Race these big races where people will appreciate them.

Why the push to make the Confederation Cup for Ontario breds? The horsemen from Flamboro don't want to see money from their purse account head south of the border or out of the province.

Herbie should of asked another question. Last week during OHW in Charlottetown, three horses received IX's for outside interference breaks but not once was a refund offered.


His question should of been, why do the rules protect the horsemen/women more than the people who pay for the purses? It is completely unjustifiable.

These are all very good questions. I have myself wondered by mark does not get more live drives. He won the Jug with Mr. Feelgood and it seems his career has slide down and not up since then. My personal opinion is that the driving colonies are improving. We have lots of up and coming drivers.

From Sunny Jim in New Jersey - Here is my two cents: I wish I could be more optimistic, but most racing fans here I am sure will agree: The Meadowlands' racing season is long, it starts on the day after Christmas, and this year in particular - with the exception of a couple of big races - has seen very little to get excited about. New Jersey racing in general is becoming deeper and deeper in the red these past couple of years and management at NJ's tracks scratch their collective asses and appear amazed and surprised that their business does not run itself as though it were 1961 anymore.
Meanwhile our state politicians sit back and watch it all happen. If there IS a hell, then a special wing has been reserved for the career hacks of New Jersey who control the state's tax purse strings. There is a stinking corruption that pervades just about everything they do and no one is really minding the store. The racing industry, which desperately needs the assistance of state government to get itself back on its feet again, is just the latest victim. We have lost out to surrounding racino states, and with time running out, these political whores do nothing and claim that Atlantic City's casinos must be "protected".
I find myself for the first time ever in agreement with Steve Wynn: Aqueduct in New York City should not be turned into another Yonkers (an OTB parlor with slots) but should instead be made into a place where patrons can eat, drink, gamble, shop and stay overnight. He is one of the front runners in the bidding for Aqueduct, along with those tied to the Hard Rock Cafe franchises, and whatever they end up doing with Aqueduct will only be another nail in the coffin of New Jersey racing.
Cheers.