Life at Ten and Life at Twenty

John Pricci this morning has a look at the Life at Ten incident on Friday. It appears, according to quotes, that she had spiked a temperature and had a high white count after the race (a high white count usually indicates sickness of some sort).

But previously all was supposedly well.

"Earlier, however, Pletcher said the filly’s temperature was normal before the race, speculating that Life At Ten may have had a reaction to Lasix, or tied-up prior to the race."

Ray Paulick and some others are calling for an investigation into this matter. As a lot of commenters have said - this is a job for a commissioners office. But of course, we don't have one.

There are plenty of professional photographers in the sport with wonderful talent. but sometimes the non-professionals are pure magic. Check out Pine Tree Lane's set on Paceadvantage.com.

Look at how far the big mare was back. 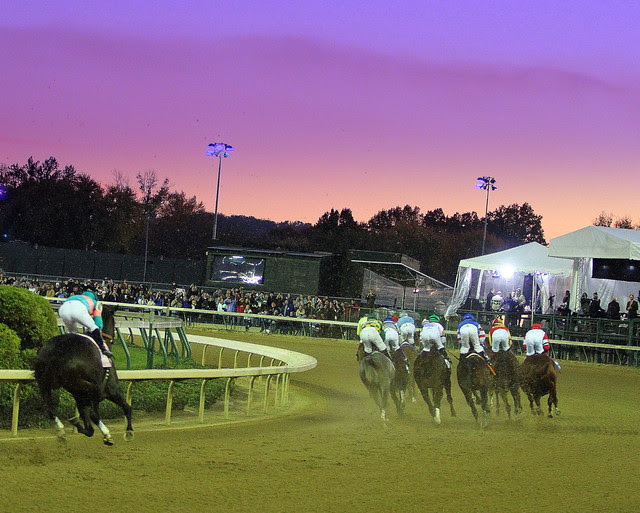 In addition, in this day and age everyone can be a movie maker. Here is someone (someone with some talent) with a Zenyatta tribute. Some of the quotations used are absolutely hilarious. This mare made some handicappers take a look at everything they have been doing the past forty years.

Last up here is Ernie Munick's fine video of the BC.

at November 10, 2010
Email ThisBlogThis!Share to TwitterShare to FacebookShare to Pinterest

last year quality road?
this year life at ten?
get real. stop sweeping it under the rug. DRUGS!