"Moneyball" - Not Just for Baseball 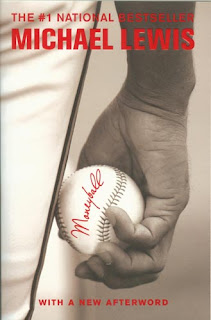 Michael Lewis has written many good books and articles, but arguably his best work is Moneyball about the Oakland A's rise to prominence due to "Sabermetrics". The best seller was made into a movie starring Brad Pitt, and by many accounts, it is sure to be a hit.

Sabermetrics is pretty simple, despite the scary-math name. Via Wikipedia:

This was a new way of looking at a ball player - through unpublished and proprietary statistics - which many believe can give a ball club an edge in evaluating talent. As we all know, the historical way to judge a player was by scouting, or evaluating published stats, like ERA's, slugging percentage and batting average.

As the movie and book shows, this new way of analyzing player strength was a hit. Oakland won 102 games that first season, with a tiny bankroll.

On Friday the Wall Street Journal published an article that looked back at the 2002 A's and how they changed the game. One of its several conclusions, was now that statistical measurement is commonplace, it's value is diminished. If a baseball player has a good "WOR", everyone knows he has a good "WOR" including their agents, and he will be drafted high, or traded for fair (or even over-fair) value.

The caveat with that, however, is that there still can be some value - if you are using a statistical measure that others have not figured out yet. Then you have a huge edge, and with that edge it pays to keep your mouth shut.

Are you thinking about handicapping as I am?

In 2008 I took a trip to Vegas and stopped by my favorite haunt - the Gamblers Book Shop. I bought a book that had 'all the top angles'. I took it home and studiously ran it through my database. Time after time, angle after angle, the ROI was under $0.85.

Recently I had a chat with a successful player and he said "it is becoming harder and harder to find value". I think that's true. You can work your butt off to find an edge, but there is a good chance that there are 100 or a 1000 other horseplayers doing exactly the same thing.
In 1990, these three horses might be 6-1, 4-1 and 11-1 respectively. Now we can watch that replay on youtube with a gaggle of others and get bias in less than 15 seconds with HTR or Jcapper. We don't have to collect old programs and use graph paper to chart trainer stats; they are at the bottom of the form and in countless software programs. Clocker reports are about as easy to get as a Starbucks coffee.

Those three horses are probably half those 1990 odds, and likely ROI negative bets.

Add to the fact that the main determinants of betting value - takeout and field size - are being raised, and decimated respectively, dumb money has been leaving the pools for slots, and pool sizes are shrinking. That leaves about an exciting a proposition as getting a root canal.

It's pretty tempting to throw up our arms and say there is little we can do to scrounge for value, but I think that's premature. There are people making money at this game on pure handicapping. It's just that a good many of them are doing things a little bit different. They are handicapping the horse yes, but they are fading obvious positives by being a contrarian, and are trying to find angles that no one is looking for.

Some examples that I know of:
From 2002 to 2004, some baseball general managers were paying up for players with high Sabermetric ratings. In 2005 and beyond, the value was pretty much gone. For years upon years in racing, we have bet commonplace angles and tried to get some winners. If we were good enough we might have even made some money with them. In the future, I believe the handicapping world will belong to those who buck convention, because they'll be the ones exploiting the only tote board value left.

at September 25, 2011
Email ThisBlogThis!Share to TwitterShare to FacebookShare to Pinterest