Don’t Blame Some For Being Skeptical of Supertrainers 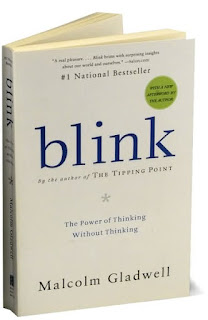 In 1983 a collector brought a statue to a museum to be examined. The statue, purportedly from 600 B.C., was a rare fine indeed.  Not one of these statues had surfaced in years and experts firmly believed all of them had been discovered.  The asking price of $10 million was steep, but certainly in line with such a rare find.  After looking at the statue carefully, the museum curator began to initiate the battery of tests needed to verify it so he could get clearance to release such a huge sum of money.  After 14 months of scientific study, the verdict was in. The piece was in fact, real.

When it was finally placed on display for the experts to examine, one historian took a quick look at the piece and told the curator, “I hope you didn’t pay much.” Another said, “There’s something wrong with this piece.” Time after time the experts had a subconscious, visceral reaction to the statue. They thought it was a fake. They could not tell you why or give you hard evidence why they thought so. They just took one look and knew what they knew.

What did these historical experts see and feel? That is something Malcolm Gladwell delves into in his book Blink. Part of his thesis states that if you are unconsciously competent in something (e.g. an expert with knowledge built into your subconscious mind), it takes no more than two seconds for you to form an opinion, and much of the time, that opinion is 100 percent correct.

Jeff Gural is currently excluding some horsemen from entering at the Meadowlands. None of us know who’s on the list, but I’d bet dollars to donuts at least one or two of them make us, as handicappers, blink.

A handicapper with skill knows that a $20,000 claimer who’s parked three-high in a 27 second opening quarter, takes a three hole, and makes a second move first up into a 56 second half and a 1:23.3 three-quarters will likely come home in a slower time than the others, just like every other $20,000 claimer since the history of horsekind.  Those who’ve been around the game for 40 years have seen it tens of thousands of times. It’s in their subconscious.

When that particular horse with that trip does not lose the customary six lengths in the lane like all or many others, but instead he draws off and wins, sharp bettors and horsemen notice.

As is the case often in our sport with these performances, we look up and see the horse had a barn change for that inexplicable “blink” start.  In only a week he improved enough to do something that thousands upon thousands of $20,000 claimers never do, which is probably fine, if it happens sporadically. But further, as seems the norm in these cases, we see the same thing happen next week with a different horse who enters the same new barn. And then another, and then another and then another.

We, in two seconds really, just like the experts with the statue, blinked. Our subconscious decides there is something going on that we don’t understand.

Nobody can “prove” anything of course, unless maybe you’re Gil Grissom. There are no positive tests. There’s nothing to go on but internet and backstretch rumor. We just feel something is not quite right.

This feeling is not just in horse racing, it’s in other sports too. Several years ago I was amazed by the performance of a cyclist in the Tour de France and absolutely loved his burst of speed in one particular mountain stage. It was like he was exponentially better than all the other riders, and I was a huge fan. I am no expert on cycling, but I called someone who was, to talk about this particular performance. His response was not quite as thrilling as mine.

“He probably blood doped,” he said.

Coincidentally, the very next day this rider was out of the Tour de France. His team fired him (he was leading the race and a lock for the overall title, too) for “violating internal rules.” I bought the hype that this cyclist was somehow that much better than the rest. I simply didn’t know any better.

Just like cyclists tend to be right about cyclists, history has shown that handicappers and horsemen tend to be correct about other horsemen, and it’s all done without a chemistry degree and a fancy machine giving them their results. It’s a big reason why the argument “so and so doesn’t have a positive test, so I have to give him the benefit of the doubt” doesn’t resonate very much with a whole lot of these same people.

For example, when Mighty Mite Morgan was taken from Jim Campbell after finishing tenth, beaten by nine and a quarter lengths in 1:56 and eighth (placed seventh), beaten ten lengths in 1:58, and moved into a hot barn where there were whispers in 2006, he remained in the same class and jogged a couple of weeks later in 1:52.4. My e-mail inbox was filled with people “blinking”.

The Drunkard was moved from Doug Arthur off 1:55-1:56 type lines into a new barn, one that Woodbine Entertainment Group had some doubts about because the trainer’s horses were already all in retention. He jogged by eight in 1:51 his first start, setting a new life’s mark. About thirty seconds after the prices were posted, a topic popped up on a chat board, filled with posts from people “blinking.”

Judging by the suspensions that followed for those barns not long after, flummoxed handicappers and horsemen were thought to be prescient, not jealous.

It is why, in my opinion, we cannot blame participants and bettors for judging performances like they do in horse racing. Their subconscious competency has served them pretty well in the past.  It solidifies their beliefs.

The question remains regarding exclusion and what to do, or what not to do with some people in certain situations. I’m a dumb handicapper, not a smart District Court Judge, so I cannot answer that in any way, shape, or form.  But I do think that in grandstands, and on backstretches, it’s fair to say that people will continue to “blink” until our game is much cleaner than it is.

Note:   Going back to the 3,000 year old statue: It was a fake. Because of the expert skepticism, the curators went back and found numerous holes in the seller’s documents. As well, they uncovered scientific evidence proving it was a sham. After the episode, the curator who made the mistake said, “I always found scientific opinion more objective than esthetic judgments, but I was clearly wrong.”

at June 25, 2012
Email ThisBlogThis!Share to TwitterShare to FacebookShare to Pinterest

Love Gladwells books and his reasoning. and reminds me of some of favorite lines from the movie SIGNS: See what you have to ask yourself is what kind of person are you? Are you the kind that sees signs, that sees miracles? Or do you believe that people just get lucky? Or, look at the question this way: Is it possible that there are no coincidences?

Great comparison between Blink and the horse racing industry. Maybe one day the sport will rid itself of the stigma that everyone cheats. Unfortunately the owners and trainers that benefit from gaming the system will do everything in their power to prevent that from happening.

Well said Dean!
The games integrity is paramount to stemming the industry’s decline. If it is not properly addressed the game will continue to flounder.

Equinometry-part of the reason for the ‘stigma’ is the industry’s inability to manage customer/horseplayer expectations. But before they can be managed, they must be clearly defined, which is not the case in North America.