Gun Runner won the Risen Star as the most logical play and win of the weekend. I get trying Airoforce on dirt early in the season, but I don't get 6-5 odds. Anyhoo, Airoforce is back to the green, and those who threw him out had a positive expectation bet.

Immediately after the race, as per usual, quotes from the winning connections flood the feeds. That's fine, they won. But it is a gambling game and I personally want to hear from the well bet losers. How was the horse traveling? Did he scope sick? Was his spinning his wheels, does he look to have come up sore? That almost never happens here.

In Australia, where it is more of a gambling game, it's commonplace for most races.

The Meadowlands, as you all know, often uses their trainer notes feature to discuss sub-par efforts. They are enlightening and informative most times.


Do millennials want dancing and booze? Sure, but when it comes to gambling, they want betting value, too. Why is this hard to understand?

The Meadowlands topped $3M in handle, both nights, again this weekend. The fields are not great, and the racing isn't top-notch-racing-of-old either, but the pool size and prices are still the best in the sport, and it's not really close. They're making chicken out of, well, you know.

Steve Allday talked to Byk about the glaucine positives in harness racing. Yes, I realize that's a Thoroughbred show, but if you can show me where in the harness media this is being spoken about, I would point to it instead. It's the first segment.

Upon me saying 'if one of Allday's theories are correct and this was willful, they need to go away for a long time', trainer Travis Alexander shared a tidbit:

Customers don't think racing likes them very much. Is it being too self-absorbed? Is it a disease that only inflicts customers? Is it real, or is it black smoke on Lost, alien pregnancies on the X-Files and the entire two and a half hours of 12 Monkeys (a movie I still can't figure out)?


It's time for Monday's Pop Quiz ®


What happened this past weekend?

a) A race with a super-high five was raced, but only four horses finished. Instead of refunding the super high five money (after all, it was impossible to hit..... like really impossible, not difficult impossible) a track kept it and carried it over to the next race to help their handle.

b) A slots-rich jurisdiction who needs handle for their races - especially over the internet - decided taxing internet wagerers 6%, stifling competition, and hiking takeout on in-state players was a wise idea.

c) The Woodbine Entertainment Group charged more takeout than US tracks, on US tracks, so Canadian bettors (without any choice) have to play racing at a disadvantage. 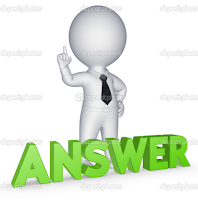 If you picked "a", you are right. Gulfstream raced a race where four horses completed the race and didn't give a refund. There's no word that if no horses win a race they will keep all money.

If you picked "b", you are right, too. Indiana - their tracks already under the CDI umbrella which stifles bettors choice - will have a 6% tax imposed on their internet wagers.

If you picked "c", well you are technically right, but silly goose, that's been going on for a long time. The government - yes, the government that is supposed to hold tracks in Canada accountable for anti-customer policies (while giving them $100 million a year) - let's it go on. Ho hum. Old news.

So, yes good ship horse racing, when customers think you don't like them much, maybe they are a little whiny or self-absorbed, but, hell, you keep proving them right.

Have a nice Monday everyone!


at February 22, 2016
Email ThisBlogThis!Share to TwitterShare to FacebookShare to Pinterest

In the Gulfstream race they are required by law to carry over the SH 5 purse to the next race if there is no winner. This is a law, they have no discretion this is what they are required to do by rule. There are many things to complain about in racing. On of my pet peeves are those who cry foul when they don't know the rules. Anybody heard of chicken little?

The point, clearly, is that a track wrote a "rule" where they'd keep your money for the next race, even if there is no way anyone can hit said wager. In this case, a super high five when only four horses finish.

It is emblematic of a business who treats its customers (pardon my language) like dog excrement.

I am pretty tolerant to the abuse we get at the track but if I saw that happen, I would pack up and never go back again.