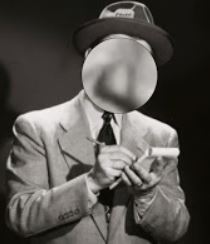 As everyone knows by now, the hundred and somethingth Annual Kentucky Derby Trainer Dinner happened yesterday at the warm confines of Churchill Downs.

Much of the reporting so far has been from the racing media. And we know they're in the tank, like the New York Times is for the Trumpster. I wanted to know what really happened, and since classy, seasoned newsmen like Bill O'Reilly have been recently canned, I texted my old pal Cub Reporter.

"Cub", I said when I reached him at a pay phone at the track, "You there? Can you get me some quotes for my hundreds of thousands of blog readers?"

"I'm here. I sneaked by security when they were checking Steve Asmussen's hair for weapons. I'm standing right beside a CDI Vice President right now; although he's on an expensive cell phone, and I think he's firing an entire small town as a cost cutting measure. So he's busy," said Cub.

Sure enough, less than 24 hours later Cub faxed me some quotes. I print them here, unedited, for you, the unwashed racing masses; those who can't get into the Mansion, even if you know someone powerful in Louisville, like Ed DeRosa.

Cub: "Why did you put the blinkers on Practical Joke?"

Brown: "We were thinking of using him as a rabbit"

Cub: "He's your only horse in the race"

Brown: "Now you know why we're not using them."

Cub: "Ian, there's been a lot of hyperbole regarding McCraken the past few weeks. There were reports he is almost human like, doing things horses never do - working himself, talking to reporters, going into other horses stalls and eating their food. Does this nonsense bother you?"

Wilkes: "Ha [laughs], I have to chuckle at it all because I was just mentioning this same thing to McCraken this morning when he was driving me to work."

Todd Pletcher, trainer of a bunch of horses:

[Note - Todd Pletcher only shows up to trainer dinners every 63 days - optimal for him - and since he went to the Arkansas Derby trainer dinner he wasn't here. He hopes to show up for the trainer dinner at the Belmont. In his absence, Todd told me to ask Dale Romans any questions I had]

Romans: "Ya, I saw some reports of that."

Cub: "How have you been trying to settle him down?"

Romans: "How in the hell am I supposed to know."

Cub: "Mark, there was a lot of talk earlier this week about Empire racing in glue-on shoes. Is this something we should be worried about?"

Casse: "No, not even a bit. When McCraken reshod him the other day he acted perfect."

Cub: "Joe, how did you enjoy dinner?"

Sharp: "Who wants to know?"

Cub: "What do you think  of your chances this year Bob"

Security Guard: "We found a six pack of coke, three screwdrivers and a pizza in his hair. He got bounced."

The staff of the PTP blog will be covering the Derby all week. So - like millions of you already do - watch for updates. As always, thanks for reading.

at May 03, 2017
Email ThisBlogThis!Share to TwitterShare to FacebookShare to Pinterest