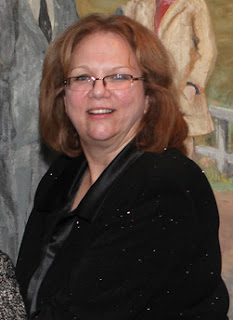 It was announced today that the Hambletonian Society's Moira Fanning will have her name on the ballot for this year's Harness Hall of Fame inductions. If she is not a slam dunk inductee, I believe the voters hail from the planet Zoltor, where yes means no.

There are very few people in racing who work as hard for the sport, and do it with amazing good cheer. The words "tireless", "kind", "knowledgeable", "caring" and "hard-working" usually accompany her name. I, like you, have heard literally thousands of bad things said about people in our business, but I have not heard one - not even one - bad thing said about her.

Because of racings internal struggles, I don't think I can even name one person, other than Moira, who has the respect of breeders, trainers, drivers, industry insiders, the media and bettors.

I hope she enjoys the honor and once and for all realizes how much she means to harness racing.

With less than usual fanfare (I could not even find some of the stories on the industry sites!) the Meadowlands Pace elims were drawn. In elim one we have the North America Cup winner, Up the Credit, facing off against the colt who was perhaps the best of the bunch in the Cup where he came fourth, Foreclosure. In the second elim, Big Jim will try his new racing style against a weaker bunch. The interesting part of this tilt is the addition of the filly, Drop the Ball. It is extremely rare to see a filly in this spot, but I guess since the three year old crop is so weak, they figured they'd take a shot. Amazingly, she is 0 for 2 this season, and lost her second last to an optional 35 claimer, but she is trying for the big prize.

According to my database work, an overlooked jock (in terms riding with a brain) is John McKee. He is the subject of a story today in the Evansville paper.

Two trotters won tonight at Mohawk with the ten post. When was the last time that happened? I am guessing, never. Anyone?

Nice post on VFTRG on the drug ITTP, and the campaign to start testing for it. We better get cracking on this drug, because it is not going away. Fortunately in this day and age most of the miracle trainers who turn horses around rapidly are being looked at, and some are surely scared to push the envelope. Woodbine is a prime example of a proactive organization that does not believe the "I changed the shoes" line when a horse drops 15 lengths in four days over and over again in the same barn. When those types hire a lawyer, well, WEG has plenty on their board, so they hire one too.

Does anyone else wonder why we are spending all our time looking at race day lasix when crooks are stealing money, and hurting horses with drugs like the above? It strikes me as a colossal misuse of scarce resources.
at July 05, 2011
Email ThisBlogThis!Share to TwitterShare to FacebookShare to Pinterest

I suspect with the Meadowlands meet being in shambles this year, even with things now settled, the press machine for the Meadowlands is not working. Hence little attention is being paid to Meadowlands races. The caliber of horses racing at the Meadowlands doesn't help and as a result, the Meadowlands Pace is being treated as just another race, even if it is a $1 million race. Hopefully next year when Gural takes over, the universe will be righted with regards to these big races.

Having talked to Moira several times, I can't think of a more fitting candidate for the HOF.

In February, Jean Emerson and I were voted onto the Communicators Corner ballot. I see they added it again to the bottom of Jimmy Takter's nomination to the Hall of Fame...all 3 must still be voted on! The CC is a wonderful honor if I make it and thanks for the kind words.
The communicators corner is right next to the announcers nook and broom closet of the Hall of Fame!

Actually, there is one specific trainer on WEG who ALWAYS uses the "we changed da shoes" line who employs his brother to drive for him exclusively, Although their miracle miles first-time in the barn have dropped off a bit, I have NEVER seen them busted. Did I miss something???