If You Can't Turn a Newbie Into a Horseplayer This Crown Season, Why Bother Trying 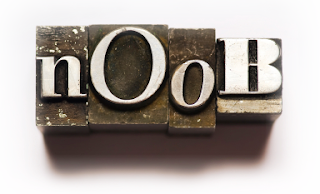 However, just like you and I may be enthralled with watching skiers ski and shoot a gun at a target every four years doesn't make us want to go skiing and shooting, Triple Crown watchers don't seem to want to handicap the other 362 days a year either.

We hear the reasons why. There's too much time between races, we're not on network TV enough, takeout is abysmally high where no one can win, and of course, racing is far too complex a pursuit.

While many of those reasons may have merit, this Triple Crown season, in my opinion, had the tools to break down the barriers in terms of what's important in this game - becoming a bettor and supplying money for purses. Why? Because anyone with even the most rudimentary knowledge of sport could've easily swept the three events; while landing on some serious price horses.

For the Kentucky Derby (if I was writing for a site that made money I'd follow that with 'presented by Yum Brands') we had a formidable chalk that everyone was talking about. This horse would do fine in the soup, had all the tools to get the job done, had a wonderful rider and trainer. I know a few newbies who bet "that Orb horse". Event one to the newbies.

For the Preakness, those same players could've played Orb again, but the tools were there for another choice: Oxbow. A lot of folks, even me, talked about the Derby hot pace and mentioned the performance of Oxbow. He was close to the pace and did not die on the vine. It does not take a pace guru, or Andy Serling to understand this simple concept. Anyone who has ever watched a race of any kind knows that if you go too fast early you'll die, and if you go too fast early and still hang around while everyone around you is gasping for air, you are not a bad bet next time. Oxbow was that horse.

For the final leg, those Oxbow bettors could've looked no further than Palace Malice ("What About Palace Malice").

"Hey, that's the horse who went crazy at the Derby and still came 12th. He beat that Varrazano horse everyone was talking about even though he was going cray-cray fast! He's not wearing that funny hood thing that messed him up. I'm taking a shot"

Horse racing is complex. There are speed figures and jcapper and HDW and HTR and the sheets and Brad Thomas. There's Moss Pace Figures and Tomlinson's and Jerry Brown. There's breeding for turf and dirt, for 6 furlongs and 16 furlongs.

But there is still a thread of common sense in any gambling game, and common sense - having something happen you think should happen and cashing on it - is very important to hook someone . This year, this Triple Crown, we saw a big can of common sense whoop ass.

A newbie watching the Triple Crown races that decided to use it, took a whole lot of experts to the woodshed and possibly cashed hundreds if not thousands of dollars without breaking the bank. They didn't bet what someone told them to bet, they bet what they told themselves to. When that happens, why wouldn't they come back?

Note: This weekend and at the Preakness I got a chance to hang with some newbies beforehand and afterwards. The above played out pretty much as described for a couple. Although, one of the newbies who bet Orb in the Derby and Oxbow in the Preakness did not bet Palace Malice flat in the Belmont. He still liked Orb and Oxbow so he decided to box the three. That'll do.


at June 09, 2013
Email ThisBlogThis!Share to TwitterShare to FacebookShare to Pinterest