The NYRA Suggestion Box Is Open; Here Are Mine

The new NYRA dude, and horseplayer, Eric Wing has created a public forum to be held at Belmont June 15th. Apparently suggestions to make NYRA the great race place where bettors go to win a better place to visit and bet are welcome.

Since I can't go to the big event, I figured I'd offer a few suggestions here on the blog.

Three Horse Fields Are To Be Raced at Midnight, When Everyone Is in Bed

Three horse field state bred races are a quagmire for bettors. They're boring, and they eat your bankroll because betting a three outcome betting affair at 16% takeout is akin to lending money to Solyndra. I propose that they race them at around midnight with no betting. Some guy at the racing form will tell us who won the next day on twitter, for those who really want to know. This is a win-win for customers, and the track. 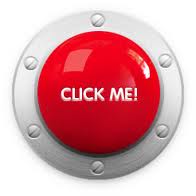 We all read about the takeout snafu a year or so ago when someone forgot to throw the switch on the takeout reduction. NYRA management can rectify this with a big huge button. Creators of the button must be selected by open bidding, and NYRA must pay union wages, because New York state likes that kinda stuff. When the button is pushed, supercomputers in Albany change the takeout back to where it is supposed to be.

The Complete Works of Emily Post Are Given to Serling. He Must Pass Yearly Exam To Be Certified "ISO 7000 Twitter Compliant"

I don't follow Serling on twitter but every time I see someone talk about him they're biatching about his netiquette. Right or wrong it doesn't matter, because the customer, no matter how whiny, is right. Someone high up at NYRA has to use some slot money for Emily Post books, Andy has to read them, and pass several tests. The tests are written in the Belmont stakes barn, with full security including cameras. A TSA type scanner is also assembled to ensure there is nothing smuggled in, and running the scanner is a worker from New York who is a member of a union. The employee has to be selected by an open bid and cannot be a family member, close friend, dentist, cleaning lady, or former school mate of anyone who works, has worked or ever applied to work at NYRA or is associated in any way with Steve Byk.

I read about Rudy's slump this past week. He's apparently colder than a Siberian winter during an ice age. For promotion, and to have some well deserved fun, when Rudy wins a race, marching bands play in the winners circle, and confetti is dropped from a blimp, piloted by a New York union employee. If confetti lands on the track, so be it. Some geeky numbers guy at Twinspires will model it as a handicapping angle and give NYRA even more free press.

NYRA Apologist Of the Year

I would immediately give a new award each year for people who love NYRA so much, no matter what they do it's not their fault.  Different scenarios are given, and the candidate has to write a press release on why it's someone else's problem. Essays are to be no longer than 1,000 words and will be judged by tenured professors at NYU who are in a union. In the interest of political balance, professors to the left of Marx and a smidgen to the immediate right of Marx are chosen. If it is impossible to find professors to the right of Marx at NYU (this will likely happen), the contest organizers will allow a wider search into St. John's or Columbia. As well, the professors must know no one at NYRA, or be friends with anyone who knows Steve Byk.

The Board Room Trap Door

There's been quite the shake up at NYRA in the board room, and we don't know who most of these people are, so I propose that a trap door under all assigned board room seats is constructed. If someone says something like "that OTB thing wasn't bad, we should start it back up" the door opens and the person enters a chute which drops directly onto the subway where he or she is sent to North Tonawanda, via Queens. This is an easy way to get rid of the dead weight and the customers will appreciate it. The trap door and chute will be union made, with materials only produced in New York state.

For the Belmont Stakes You Will Not Be Able to Bring in Refreshments, Cameras, Coolers, Pets, Clothes, Wallets, Knives, Money or Yourself

I suggest NYRA let's no one into the Belmont Stakes except for staff and friends of staff whom NYRA are sure will not cause havoc. I guess the owners of horses can come too, but only if they are screened like Serling is when he's writing the Emily Post exams. Let's face it, there's only one first, and that's safety first. 16.5 ounce paper cups of coke are not only bad for you, they can kill, so they should've been disallowed years ago; cameras can conceal things like lenses, which can be more deadly than a thousand rattlers. Revenue and attendance might be down, but at least we know people will not be struck by unlicensed coolers.


Those are my suggestions! I assume you have some too, but please, send them off to the fine folks at NYRA and don't do it in the comments section. Really, no one reads this blog.

And for those whom are wondering, yes, this column was tongue in cheek. Please no hate mail.

Have a great day everyone!

at June 04, 2013
Email ThisBlogThis!Share to TwitterShare to FacebookShare to Pinterest

So hilarious,it made my day!!
If your post is ever discovered by NBC, Jay Leno just might get a new writer and a reprieve next spring!!

Are Baghdad Byk and Serling still talking about how great NYRA is with short fields and high takeout?

Too funny! No more drinking coffee while reading your blog anymore.

LMFAO! This is gold!