Being a Good Guy or Gal in Sports Is Important 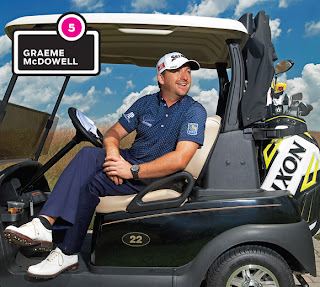 In the throes of the PGA Championship, it always amazes me how professional golfers handle themselves so professionally. But maybe it should not be surprising, because the bar has been set really high. Golf is a gentleman's game and it's steeped in tradition. We all know this is a sport where golfers call a penalty on themselves, but it's more than that. Byron Nelson, Bobby Jones, Jack Nicklaus and Arnold Palmer (among countless others) have all carried themselves with class. This class and respect is very rarely challenged and younger players follow suit. It's the culture.

I saw this last night in an interview. Jason Dufner, who is leading the PGA Championship, is a young man who did not grow up blue-blooded. The son of a single parent, he was denied a golf scholarship and earned his stripes the old fashioned way, by walking on and earning a spot. He's worth a pile of money, he's young and one might think like so many other young athletes, have young athlete syndrome. He doesn't. After breaking a course record yesterday he was humble and deferential. Beating Curtis Strange's and Ben Hogan's record he was asked what it was like. He said he was proud, but "Mr. Strange and Mr. Hogan" are light years ahead of him. Class.

Bob Carney in Golf Digest looked at the 30 most gentleman's gentleman on the PGA Tour as voted by peers, sponsors and others involved with the Tour. It's a great story and worth a read.

Participants in horse racing have a similar responsibility to fans and bettors as well. We don't say it enough, but fans and bettors pay everyone's salary. Sure you can get a little government help (which business doesn't nowadays it seems), or have slot machines. But in the end, like Ontario is learning now, without fans and bettors, you are racing for ribbons and a cooler from the local thrift shop race sponsor.

Bettors and fans don't ask for much from you. It's a short list and it should not be too difficult to live one's life by.

All any bettor asks is for you to make an effort. Jim from Chicago just got off night shift and is at the track making a bet in the first. He sees you strangle a horse, or go to the back because you just feel like it. You put forth no effort. Jim bet $20 on you and that's an hour and a half's paycheck at the plant. Give Jim some respect and put your horse in a position to win. It's your responsibility to do so.

Susan from Boston just tweeted to you, after you won your 500th race, congratulations on your milestone. Susan is joined with 30 other well-wishers on your connect button on twitter. For goodness sakes, take five minutes and personally tell them thank you. They took time out of their day to wish you their best. They are in your corner and are happy you succeeded. If you're busy with the kids, do it after the kids go to bed, but just do it.

Bob tweeted that he hated your ride. Bob does this from time to time. But Bob pays your salary too. Don't be a dick and get in a protracted argument with Bob. Ignore him or say "sorry you fell that way and I did my best." But don't be a goof. People are watching how you handle it, and fans remember.

Phil Mickelson is worth $100 million or more. He has three kids at home, sponsors to cater to, and for many years a wife and mother sick with breast cancer.  it'd be easy for him to blow off fan interaction. On the contrary: At a tournament he will sign autograph after autograph for fans. There's few who stay longer to do that. If he can do that, you can make time for a few kids too.

PGA Tour golfers deal with the unruly, the "idiots" (sorry Mr. Mullins, but that stuck) and all the rest. Golf is a frustrating game too, and a missed putt can cost you millions. But as the article above showed, that doesn't have to dictate how you act as a man or woman who earns his or her living in the game. They, through tradition and respect, tend to do the right thing more often than not. It's a culture any pro sport should live by, including racing.


at August 10, 2013
Email ThisBlogThis!Share to TwitterShare to FacebookShare to Pinterest