Hello folks. I hope the weekend went well for everyone. Here are a few thoughts from Saturday's Belmont.

- American Pharoah won the Triple Crown (in case you missed it) and in my view it was very deserving. Often times cold, hard handicappers disagree on the merits of a colt that could win the Triple - is he worthy. We saw that a little bit last year with non-Chromies battling the Chromies. This year there are very few who are trying to undermine this colt. I had a chat with professional horseplayer (and no dummy) Inside the Pylons about it on the twitter and he makes a good point - that is, horses he raced against didn't fire their gun against him (sans Firing Line in the Derby I suppose). But, that's nitpicking. This dude is a quality animal and I don't know how anyone can think differently.

- I was summarily impressed with his victory, like most. We can say the fractions were dawdling on a lightning fast strip, that Materiality threw in a clunker, that a few others weren't there who might give him a tussle. But, really, would it have mattered? Watch the half mile, AP is strolling along like he's cantering on a Sunday at the beach, while the others look like they're in a race. When Victor pressed the button it was over. If anyone is new to in-running wagering on the exchanges, look at what AP looked like from the half on and for the love of God don't book horses who are traveling like that.

- Coolmore made a cool deal. In a game that is based on gambling and rugged sink-or-swim individualism, that move was risky, but it paid off in spades. All the questions - speed, stamina and soundness - were answered. Forget the Triple Crown, forget the bloodlines, is there a better looking prospect for stud to come out of the Triple Crown races like this in awhile? Smooth move.

- Speaking of soundness, some props for Baffert please? This was the colt that was scratched from the Juvy, wore some sort of protective knee plate (or whatever the hell that is), that was worked too many bullets, that had to survive a whipfest in the Derby and a rainstorm (with a 22.4 first panel) in the Preakness. There he was Saturday, bouncing like a happy clam, the soundest looking racehorse you'll see on any given day at any racetrack. Congratulations to the Baffert barn.

- I was interested to read the narrative - not even a narrative, it was a supposed done deal - that American Pharoah would not race any longer if he won the Triple Crown. I thought it was a little cray. He'll probably race twice more unless something strange happens.

- There's a lot of talk about "appearance fees" for the colt. Last year that got the Chrome connections in some trouble with traditionalists, but I didn't have a problem with it then and I don't now. Chrome upped handle at Parx of all places last year, a likely $6M, and attendance followed. Why shouldn't they get a cut? I understand the owe it to horse racing thing, but if they're shipping a horse to your track and you are going to make a half a million or more, it's not the end of the world. 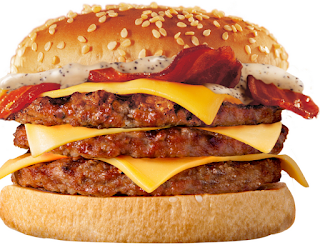 - The giddiness post Belmont for Pharoah was understandable, but some of it borders on the silly. This horse for two more weeks and possibly two more starts will get column inches. Column inches ups some attendance, and the owners of the horse might cash in on more Monster energy drink or Burger King deals. Then he will go to stud. Then no one will talk about him much.

- Someone asked me what this win means for horse racing - like I have a crystal ball (I don't, I bet a mortgage payment or four on Materiality). All I can come up with is Zenyatta. Queen Z raced 20 times and had a tremendous following. Her last seven or eight races were shown on Sportscenter; her last three on ESPN newsbreaks which has never been done for any horse. She was on 60 minutes where 11 million watched her. She took attendance for a Grade I at Santa Anita that might normally be 5,000 and turned it into 40,000. She drove handle, and she was solely responsible for the TV ratings for the Classic in 2010 (about 2.5 million more watched than usually do).  She did as much or more than any horse could expect to do for a sport, over a two year period. Can American Pharoah do what she did? I expect his next start will increase attendance and handle immensely, and if he races in the Breeders Cup more will watch. After that? I don't know because at that point we're in the 'did the Secretariat movie help horse racing' realm.

- An area of potential growth that might have some merit, is with the one percenters. Foal crops are falling and a Triple Crown win is a nice commercial for an ego-drivenso (as pointed out to me on twitter, ego probably not a good word. Saying that someone with copious cash says "that could be me on a front page of the newspapers")  sportsman or woman to spend some money at the sales, helping that metric.

- Racing and column inches, as a topic, interests me. First, column inches mean little now, but other than that, with a Triple Crown win, racing is serving an impression like a banner ad. A few people who see an impression of a paper with a TRIPLE CROWN front page will convert, and come to a racetrack, or bet a few races, but this is a sport with huge troubles. Not long after people give betting a go, they realize it's virtualy impossible to win at. When they open the headlines they see the sport being regulated in congress. Mark McGwire and Sammy Sosa brought a lot of eyeballs to baseball for their home run battle. But the sport still had issues to work through, and until it did, it could not grow again.

- Belmont's surface was quick. 140 and change for 8.5 furlongs? I thought the races themselves were not as compelling, but the bigger field races held their own. I wonder about the 5 horse field Easy Goer. The Met Mile on Belmont Day still, to me, is flat-out nuts. But I am a lowly bettor.

- I did some scanning on the interweb and saw American Pharoah/Triple Crown was the number one searched term in Canada and the US on Saturday at google. In the UK it did not register in the top twenty. Canada and the US are linked in a lot of ways, and horse racing is certainly one of them.

- I saw some tweets from people stuck in traffic leaving the event and blaming NYRA. Oh c'mon. It's an event that happens once a year, you might get stuck in traffic for an hour, so suck it up. As for other complaints, I saw and heard of few that seemed to have merit. The 90k cap seemed to work well for them.

- With handle down, I sincerely hope the "big day" thing tempers a bit for next year. Early in the day give us some deep fields, let people find their seats and their wagering footing. There is no need to give away over $2 million in purses before 2PM. As for the menu, a pick 5 would fit nicely later in the card; if you're asking me what I like.

Last up. This is horse racing, and it's glorious.

I got to pet #AmericanPharoah this morning- what a thrill!! Thank you to Bob Baffert for the amazing experience. pic.twitter.com/JKte32c0nR
— Penelope P. Miller (@PenelopePMiller) June 7, 2015

at June 07, 2015
Email ThisBlogThis!Share to TwitterShare to FacebookShare to Pinterest

People forget AP didn't fire his shot in the Derby and still won. That race solidified it for me. That's when I realized the others had almost no chance and he was actually a slight overlay in the Belmont imo.

As far as what this means for racing. It'll obviously help Monmouth or Philly if he runs there, and will help the Breeders cup, but it may actually hurt next years Belmont. It won't bring any new bettors to the game though, those days are over.

As far as AP, I'm not sure why you think he's going to run two more races.Where could he run that would make a difference?

Against older horses? Why risk getting trounced before the breeding shed awaits. So, zero chance he runs in the Breeders Cup.