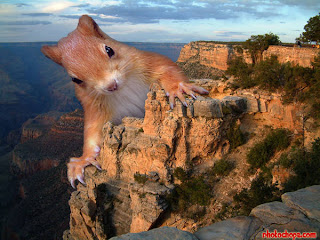 I had someone say something a couple of days ago (I have not asked permission from him, so I won't post his name) to me: "In all my years in racing, I have never seen more momentum for horseplayers and fans to finally force long-needed change."

He was referring to the organized boycott of California racing.

I am beginning to agree. I have been working with the group as much as I can because I clearly support the initiative, and often scan the news (I am on the massive California email list sent out by a couple of people in racing, too) . There is a big narrative change.

Only two weeks ago it seems it was all a joke of some sort - "those whiny horseplayers; they'll get tired of it soon, stop whining and fall into line." But I find the opposite has happened. My email box is littered with comments, sometimes from bigger players who I have never heard from. I hear from the HANA folks and discuss some items with my pals and everyone feels there has not been this much energy, perhaps ever.

Speaking with another insider today I heard rumblings that breeders are even starting to speak the player language on issues, which we all know is very rare. I am not sure we've seen that ever.

I have noticed it on the various industry websites as well. When a topic came up about takeout, it was kind of ignored. Someone would pop on and say their piece - a trainer might say something about "putting on the show" and that would be it. Now, no longer. It is populated by horseplayers saying their piece.

Some websites are still towing the party code, but when they get out of line, there is hell to pay now. There was a couple articles today on a popular website that players found insulting, and inaccurate. They sprung into action. The article was picked apart, piece by piece.

The opinion press itself has been on this story and saying their piece. Art Wilson's article today is something that would never have been written one year ago, or maybe even six months ago, for example. Equidaily aggregated no less than three separate links today to boycott chatter.

In general, horseplayers who truly care about the game's long term health are out there, but they are not very involved. Clearly many horseplayers worried about issues like pricing have long left racing - our handles have been decimated. Others have a whole "nothing will ever change in racing so why bother" ideal. As well, it is an older demo, and not on the computer each day like a Poker Player Alliance member, so they are difficult to energize like the PPA has. The pool is a small one to fish from, quite frankly. But the folks who are out there, seem to be less silent now, and they seem to be growing.

Perhaps we should thank the CHRB. They have launched the shot heard around the world and have finally crossed the proverbial line in the sand.

The 'chipmunks' have finally rebelled and their ain't no putting them back in their place.

Thank you CHRB, you have done what even the standardbred industry would never be stupid enough to think of doing in these days.