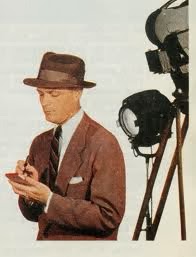 Today it was reported that Santa Anita "will be proposing some modifications to both our wagering menu and associated takeout rates for the forthcoming traditional meet."

I know, I know, as a horseplayer this frightens you more than a late night text from Anthony Weiner.

I have called around and I found out some inside information on these takeout changes and 'tweaks' along with their promotions, though, as a public service. Cub Reporter, the underground reporter beholden to no one (not even that dude who bought the Thoroughbred Times), informs me he has clandestinely sat in meetings where, and I quote (because I am putting those little quote signs around it) "I've got the scoop".

"It seems everyone was invited for their opinion, in a big board meeting at Frank Stronach's compound, which strangely looks a lot like that place in Austria that Charles Bronson and Donald Sutherland broke into in the Dirty Dozen." said Cub.

"Some of the suggestions were not great, but some seemed to have merit. Even Stronach nodded at a couple while stroking a cat" he noted.

"As far as I can tell here are the ones that gained the most traction". said Cub.
If Cub Reporter is right, it will be interesting to see how many of these new items pass, and how fans and bettors respond to them.

at September 25, 2013
Email ThisBlogThis!Share to TwitterShare to FacebookShare to Pinterest

Haven't laughed out loud, (while reading) for a long long time. So many thanks for the article above. Truly hilarious. I now have my fix.

Seen multiple press releases from SA that have hinted at changes, but are any new low takeout exotic wagers such as the 50 cent P-5 now available? Seriously doubt it. The $2 Pick 6 bonus is better than nothing, but it is only once a week and mostly favors the huge syndicate tickets. This change alone is not enough.