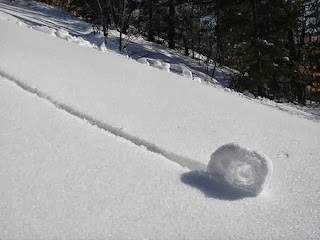 In modern society, where tech is based on sharing and consumer decision making is quicker than ever, these kind of losses can be seen in a brief period of time (MySpace, anyone?).

In racing, which is built on a pari-mutuel system, it is not really that much different.

When a track loses handle, and it reaches a pool size inflection (or tipping) point, the snowball rolls pretty fast.

Remember "B" tracks with $700,000-$1,000,000 in nightly handles? A lot of those fell from a million to $500k, then to $300k and it happened pretty quickly. They did not lose 60 or 70% of their "fans" in that period of time, they lost that in dollars, as people shifted their play to other places with better pool size. Racing, like a smartphone maker, needs a critical mass of dollars in the pool to attract more dollars in the pool. When they lose that, their handle chart can look a lot like Blackberry's market share.

Woodbine/Mohawk is probably a good example on how that tide can be stemmed however. Only a few years ago some night's there were reaching the critical mass alarm, with handles approaching $800k on say a Thursday. They retooled: Instead of blocking their signal to ADW's, disliking better pricing etc, they changed and handle vaulted back up. Now Mohawk, even on a sire stakes night with grassroots horses can pull double what they were doing a few short years ago in handle.


at September 25, 2013
Email ThisBlogThis!Share to TwitterShare to FacebookShare to Pinterest