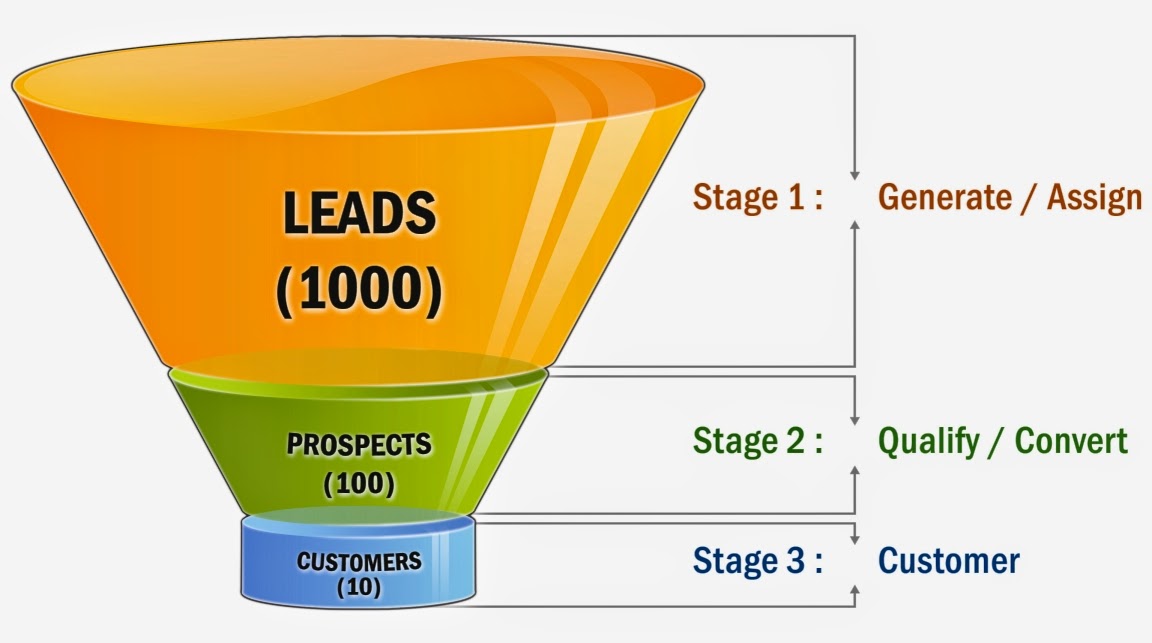 The above is a simple marketing funnel, courtesy here.

The concept is simple: You dump people in the funnel, and each step of it represents a drag. For a restaurant having a big promotion this might be people who saw your ad; they represent the leads. When they get to your eatery, they look in the window at your menu, see that they don't like anything, and leak out of the funnel - etc, based on whatever business it is.

From the Churchill Downs press release of Derby Week:
So,  16,608 more people entered the funnel, as we've seen a lot of late. That's good.

But......
Those 16,608 increase in attendees, like others before them with record attendance, don't seem to bet very much money.

How does such a big increase in bodies of late result in less overall betting handle? That's a massive funnel leak.

Racing has seen this for awhile. Attendance has been up for big events, as has TV viewership for really big events like the Derby. It's been going on for two years. That's great, and I think America's Best Racing's initiatives have helped.

But not only are those people not becoming return betting customers (the lifeblood of the sport), they are barely even becoming one time customers.

Big screens, ABR Live buses, Tony Danza and TV coverage can only take you so far. This sport needs betting customers, and right now customer service, price and distribution issues are its downfall.

Racing is spending money to get people to the restaurant, people are coming to the restaurant, but they aren't opening their wallet to buy a meal. No eatery can grow, or even survive long-term like that, and neither will horse racing.

How do you plug the holes in the funnel? Make the customer experience better: Better pricing, better data, better distribution, ease of use and general ease of usability. That's where racing needs to improve.

Hiking the price by reducing churn, and in micro-economic terms reducing customer utility by making it more difficult to enjoy the sport - as seems to be happening as we speak - doesn't plug a funnel leak, it makes it bigger.


at May 05, 2014
Email ThisBlogThis!Share to TwitterShare to FacebookShare to Pinterest

Sounds eminently sensible, BUT, Churchill Downs Inc. increased takeout by 8-9%, saw handle fall by only 2%, despite efforts at betting boycott by people who actually understand the game. So, from the bottom-line view of CDI management, they made out like, well, bandits.Unless handle falls precipitously for balance of meet to offset the extraprofit they made on Derby/Oaks weekend, CDI, with its short-term Wall St.-dominated view, will consider the price increase a success.

I suspect so. It's the way racing operates it seems.

On twitter yesterday I used the example of game seven in the NBA. The Raptors surely could've sold 20,000 tickets at $200 a pop instead of $100 and doubled revenue for the one day, however, they didn't. No pro sports team would. In fact, most businesses would not, because they'd feel it in the future, with lost revenues. In racing, some consider it smart.

I suppose if the unspoken belief is that racing truly is a dying game, and NO measures are going to revive it, perhaps (sadly) the "get it while you can" rationale just might be "best for business".

I saw in one of the local Boston papers that there was a Derby party in a ballroom of one of Boston fancier hotels. It looked well attended and highly chic. :)

I never knew there was such an event here. It immediately came to my mind about whether any of these people actually bet on the race. I see it as a missed opportunity for more distribution. It must be a marketing thing. :)

I am impressed at the impact of the Derby on the American public. It's like a mini-Superbowl.

Your logic isn't accounting for the additional revenue from the takeout increases, which more than makes up for the loss of 2% of handle.

It always stood to reason that when taking a higher percentage of money out of a fixed-seeming original stake, the number of times that fixed stake could turn-over during a day would be reduced. This is a no-brainer.

That you didn't pay any mind to such an obvious thing makes your observations and efforts seem rather clueless.

Now just admit that you have no more idea as to what the truly 'optimum' takeout rate is, than do those managing Churchill Downs and other venues. That will be all...

Thanks for the heads up on churn. I will look it up!