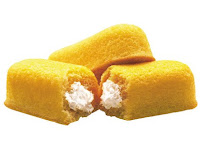 Harness racing is a neat sport - a throwback to a time when horses and buggies were a staple in North America. That is a fantastic part of our culture, but we have to start getting with the program here. We need more people on Twitter.

Thoroughbred racing twinkeyers are in full force. People like @sidfernando have more messages sent than carrier pigeons have sent in four centuries. I have heard down the grapevine the man does not eat, his DNA has been altered which allows him to have power from sending tweets.

Where are our harness peeps?

I would like to see a few of you join up and start conversing with us harness racing degenerates.

Andrew Cohen (CBS News, Horseowner): You are a talented writer. I bet you could tweet Lou Pena critiques in 140 characters or less.

Kathy Parker (harnessracing.com): We need Kathy badly. She can give us updates about wind condition at the Red Mile in the summer.

Sam McKee (M): I have a feeling he could be the Sid Fernando of harness!

Moira Fanning (Hambo Society): She'd immediately have like 47,000 followers, because everyone who meets her, likes her.

Randy Waples (Driver): Scratch that, he'd say something wild and get booted for a week by the ORC. And he'd blame me.

Ron Pierce (Driver): He'd have some kick-ass one word tweets.

Harness Herb: I'll talk to him.

Chris Roberts (Georgian/Flammy): As long as he does not constantly tweet about his workout regimen, he's gold!

Darryl Kaplan (Standardbred Canada whipping boy): He'd get in trouble for it, but he should tweet. Maybe we could crowdsource him a job if need be.

Nick Salvi (Racing consultant): He's on there, but he ain't tweeting. He should.


Peter Kleinhans: Lawyer, trainer of a world champion and he even bets.  Cool.

Bob Marks (Perretti Farms): Bob breeds (horses, I am not sure if he has kids), watches and bets. Again, cool.

Alan Kirshenbaum (bettor, driver etc):  He wrote for TV shows, he should be able to tweet real good!

"ITP" on Paceadvantage: It would not be dull. He would use the word "moron" for sure.

Gary Seibel (TVG/Betfair): He could share secrets on looking like you are 30, while double that. If TVG gets upset I know a few betfair players who play big, so I got your back.

Dana Parham (Bettor): We need a bettor tweeting, not just those crazy insiders. He'd be a good choice, plus he annually bets the GDP of Albania.

That's my list. Let's get them on and get twinkying! Anyone else you want to see?
at March 10, 2011
Email ThisBlogThis!Share to TwitterShare to FacebookShare to Pinterest

Kirschenbaum would be a hoot.

As long as he types Primus - not "Primmus".

Hey Pull, I have been on Twitter for more than a year but I am pretty boring. And i have a self-imposed rule to only follow 3 people at a time..so now i follow Stephen Fry, the Dalai Lama and Matt Carle of the flyers. The Dalai Lama is getting a little too commercial for me and i am thinking about dropping him. In harness racing would follow Alan Kirschenbaum (really funny) and Ron Pierce (unintentionally really funny).....and Eric Ledford and Gen Sullivan and Paula Campbell,and maybe Pete Koch, BUT only if they used their real thoughts!

That is a heck of a set of followers :)