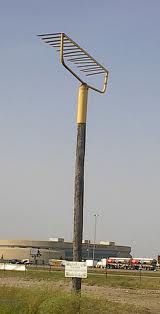 He then goes on to talk about lower rake:
We've discussed the topic here for many years so there's no need to rehash all the sordid details. However, just as a note, a 700% increase in handle is something the industry or non-bettors tend to think is hyperbole, or an exaggeration. It is not. The power of lower rake is absolutely amazing, if you've ever been a serious player.

I remember back in 2008, talking about Ontario and how (when slots were introduced and the 7% parimutel tax was taken off wagering pools) they blew it not giving that 7% back as a rebate, or takeout reduction.

I harken back to a friend of a friend who posted this in in the comments section of that takeout article:
Vic had an approximate 2600% increase in handle by getting some juice back.

We need more people upping their handles by 2600% or 700% like those two people did.

Why does the industry cling to higher prices which results in lower handle and fewer people enjoying the sport of racing and the fine art of handicapping? I honestly don't know.


at March 21, 2013
Email ThisBlogThis!Share to TwitterShare to FacebookShare to Pinterest

How about NY Racing,Gulfstream and others that still haven't lowered takeout with all that slot money.

The issue with rebates is that it needs to be looked at more closely as to whether or not they create unfair betting parimutuel pools for the nonrebate players. In 2006 or so Oaklawn supposedly shut off the rebate sites because, according simulcast manager, the rebates were causing an effective increase of over 1% in takeout to the nonrebate players. I am just saying it needs to be looked at more closely. Unfair parimutuel pools can cause longer term handle problems as well. Remember rebate shops have been around for years and the promise of higher handle has not materialized. Handle has gone done since their inception. I understand that they might not be the reason though.

My issue is more with the computer betting rebate shops that scan the parimutuel databases for values bets and then place the bets as late as possible. The main issue with these types of bettors is they are syndicates trying to skim the betting pools. In that case, there is not much churn because its run by computers and not humans. This is unfair because they are allowed unfair access to the pools and they win more often than most :).

Live racing returns to Mohegan Sun at Pocono Downs Saturday with a surprise Pick 3 bets drop to a 15% takeout and the track will offer a Rainbow Pick 6 with a 15% takeout and a $25,000 guarantee to start. Pennsylvania tracks with slots have gouged horseplayers with takeouts higher than many others. Pocono apparently will charge 30% on trifectas and superfectas, but at least some bets will be worth it.

Is the Rainbow Pick 6 at any other harness track? The odds of winning the big money are slim. Maybe it's something to lure slot players to bet the horses. Big payoff for little investment. Isn't chasing that what happens in the casino?

Lower takeout is important if Pocono ever wants to get the attention of more horse bettors. It has top purses, but pools are closer to Tioga Downs than The Meadowlands.