Around the Regulatory Merry Go Round

I took a break this morning to read the live tweeting from guys like Baconator and Matt Hegarty regarding the testimony in Washington regarding this new-fangled horse racing act.

As far as I can tell:

Hearings are short on Thursday's because the work week in Washington is Friday's off. I may be wrong on that, but that sucker was quick.

Drugs in horse racing are bad: Even Adequan or a children's Flintsones vitamin.

Drugs in horse racing are good, because trainers would only use Adequan or Flintstone vitamins and would never think of using anything else. 99.999483902042042% of the tests (or something like that) are clean. We're awesome.

Someone said bettors don't consider possible drug use when they handicap. I have no words for that.

One person submitted 75 pages of testimony that I am pretty sure no one read. Note to self: If ever giving written testimony to Congress, do it with power point.

One congress dude mentioned respect for "the bettor" in his opening statement. That's one more time I have heard the bettor mentioned than from the industry the last month, other than trying to get them to pay more for stuff through an ADW tax.

This hearing was on the heels of yesterday's NDP motion in Ontario, where they passed a non-binding motion to give slots back. I don't have a political science degree and I don't know how the legislature works. But since I have an IQ higher than a tree sloth with a lobotomy, I am pretty sure that's a "please vote with us because we love you and we have an election coming up" kinda thing.

In addition, apparently the government in Pennsylvania is having an issue with the whole regulatory thing. Two horse racing agencies in the state face insolvency. This, in a state, which has about $200 million a year flowing to horse racing from slot machines. How does that happen? We're just not sure.

I guess it could be worse. I learned on twitter this morning that the Ohio State University newspaper seems really pissed about this whole paying for health care at a young age thing. 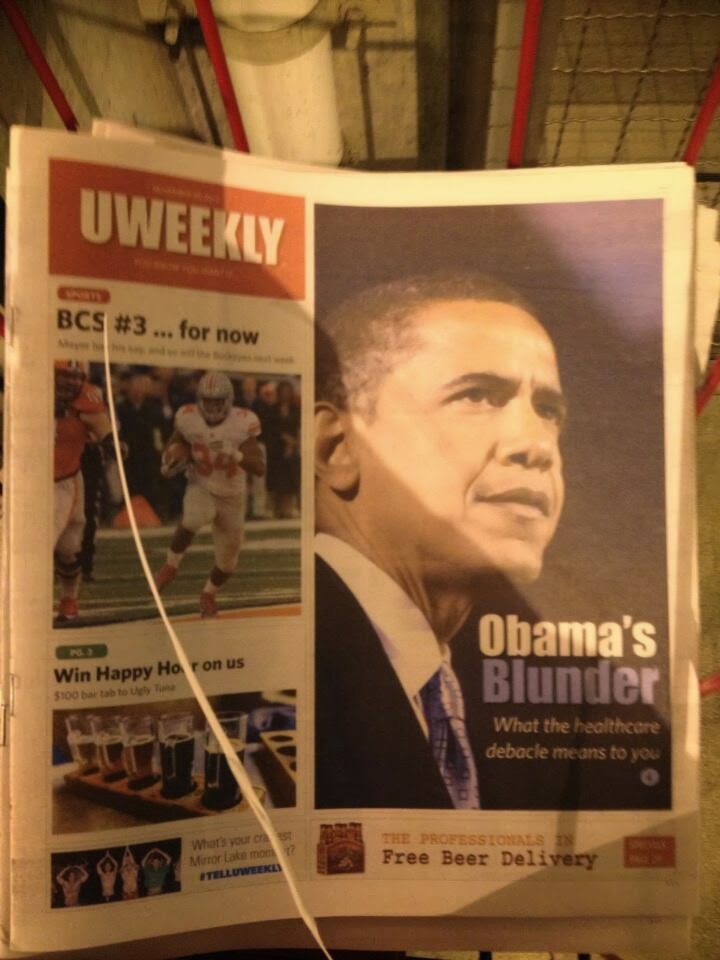 Check the stories on that page.

Whoda thunk that 20 year old college kids would be pissed having to spend their beer money on something other than beer?

Thank goodness we have the politicos to guide us. What would we do without them?

at November 21, 2013
Email ThisBlogThis!Share to TwitterShare to FacebookShare to Pinterest