Video of the "New Meadowlands"; Ready to Open

There's a bit of a buzz regarding the grand opening of the new Meadowlands grandstand happening. The place does look pretty sweet:

Cub reporter informs me of a few new initiatives this season, as well as some rumors dispelled, right from management. These, to my knowledge have never been released to the public: 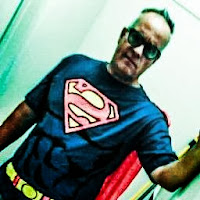 The "New" Meadowlands opens this Saturday. It should be a fantastic night.  And I'm not getting paid $50 to say that. Good luck to everyone involved. May they have a great week.


at November 19, 2013
Email ThisBlogThis!Share to TwitterShare to FacebookShare to Pinterest

I shall be leaping the new grandstand in a single bound!

Whew, Nick! So glad you dispelled those rumors and set the record straight!

It's pretty obvious that without Salvi the grandstand would've never been even financed. He's easily the most important person at that racetrack. He deserves a huge raise.