The Inside Scoop on the Paulick Report Changes

This evening we were alerted to the following tweet from Ray Paulick:

We have heard this tweet was accurate, and not from a tweet bot pretending to be Ray Paulick. We also, and don't be spreading this around, have a plant at the Paulick Report where we learn the inner workings of the website. For a small fee we get fed information that is to be kept top secret. Yes, we have the scoop on some of the planned changes. I post them for you, in part here.

In this new feature, Mike Pegram of California takeout hike fame conducts a cooking class, via youtube. You'll learn the secret of making McNugget's and other fare from someone who knows. Contestants will cook a dish and Mike Pegram will take 22.68% of the food on each plate and give it to, well, himself. The contestants will be happy about it, because, according to Mike, giving him their food is good for them.

That Kentucky Race In May Horse Retirement Future Pool

Paulick has spoken to his legal team and found out he can offer a future's pool for the Derby, as long as he does not call it a Derby future pool. In this pool, bettors will bet on which horses will be retired before the Derby's gate springs. This is sure to be fun, and at 10% takeout, possibly lucrative. Currently, horses trained by Graham Motion, Shug McGaughey and Jack Van Berg are all over 1000-1.

In this feature, the little known and not at all ubiquitous Ed DeRosa - Brisnet marketing chief - will share his opinion on a race using tools from Brisnet. We have heard from someone I won't mention (Brad Cummings), that in some articles he will also make fun of DRF Formulator.

Once a day each Movember a big picture of Sid's head will grace the Paulick Report. This will only be done one month a year, but for men's health, it is a worthwhile feature. 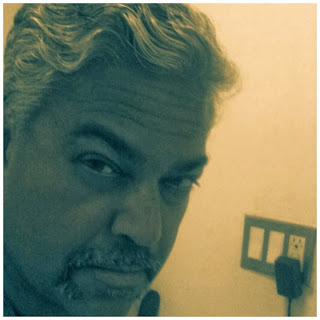 This is sure to be well-received. Supertrainer Jeff Mullins will field questions from horseplayers in a new weekly feature, but Paulick has given firm instructions he is not allowed to call questioners "doofus", "idiot", "degenerate" or "asshat". Come see what adjectives Jeff uses, and if horseplayers respond in kind.

People Who Read My Website But Don't Read the DRF

This weekend feature talks about some of the celebrities who read the Paulick Report. Those include, Bo Derek, Bobby Flay, former minor league baseball star Andy Asaro,and of course, Dustin Hoffman. Each week the celebrity will share what they love about Ray, and also provide a horse tip for one of the weekend's graded stakes races.

I don't know about y'all, but some of those features sound great. We'll be tuning in, and I can honestly say, I will continue to send my hundreds of thousands of readers to the Paulick Report stories if any of the above truly come to fruition.

Remember, that good looking dude has a Movember page. You can donate right here.
at November 14, 2013
Email ThisBlogThis!Share to TwitterShare to FacebookShare to Pinterest

Sid would make a good villain in Secretariat II.

No Baffert apothecary of the month spot?

I've learned where Indian Charlie goes when on hiatus!

Just stumbled upon your blog PTP, enjoyed the reading keep up the good work!