Handle Goes Up When You Create a Better Gamble

"Making horse racing a better gamble has a lot to do with the price, but it’s more than that. Look at last week’s carryover in the pick 5 at the Big M. Over $100,000 additional dollars were bet into the sequence. It was not because of a free food offer, or a promotion was going on, or the Jets cheerleaders were trackside, it was because with the carryover, the pick 5 was a better gamble. It made the racing roulette wheel not have twelve zeroes, but potentially four or five of them."

The full article is here (pdf)

Mike Dorr looked at similar, in a kind of fun way yesterday on his blog. What's a more likely press release?

Where's DeRosa? There are plenty asking. I just started following Ed a few weeks ago and he leaves twitter. Coincidence? I think not. Sid looks at the story.

7 Days of @itstheJHO Fashion Pictures on PTP's Blog ® continues today, for the very last day. For all other JHO pics, just scroll below. 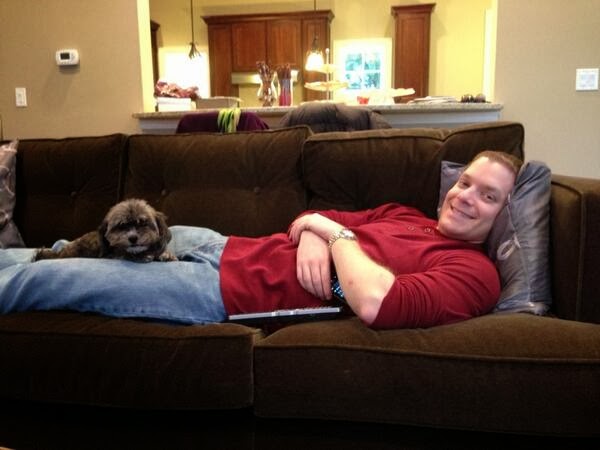 Here's Justin relaxing at home with a Tommy Hilfiger shirt and Nautica Blue Jeans. The dog is not owned by Justin, but a prop, just to make him look extra cool and cuddly for the ladies.

He is still sporting the Tag Heurer watch and (not in the picture) he is wearing a pair of hand made slippers that he purchased on his last trip to Rome at "a lovely little shop on the south side, that only a few special people..... like me .... know of"

"The guy is already taken, but that picture looks like a perfect online dating profile pic" said his friend Dustin (in yesterday's day six photo).  "Justin can make everything look good though, which is a big reason he was hired as leader of the Meadowlands, Tioga and Vernon marketing."


With Justin looking this good, some are thinking that it's only a matter of time before he becomes Jason Settlemoir's boss. They might be right.

Have a great weekend everyone!


at January 18, 2014
Email ThisBlogThis!Share to TwitterShare to FacebookShare to Pinterest