"I'm Shocked to Find There's Gambling Going On In Here"

I did not get to watch the Fox Sports 1 coverage of the Donn Handicap this weekend, but I used a focus group to tell me how the coverage was: Justin Horowitz's mom.


Watching the @FOXSports1 show w/mom a casual fan. She says "I like this but they're really trying to get you hooked on gambling" #success
— Justin Horowitz (@ItstheJHo) February 9, 2014

Selling gambling during broadcasts ruffles some feathers in the sport, but this is a sport about gambling.

We should not be shocked McDonald's sells hamburgers in their commercials, and we should not be surprised that a telecast would sell what racing does; because the purse of the Donn was not paid for with Will Take Charge tee shirts, obviously.

Probably the number one rule for marketers - ever, but particularly in this day and age - is that you have to embrace and sell what you are. For years racing telecasts did not do that; they tried to be everything to everyone. You can do that with the Kentucky Derby, but for a race on a Sunday at Gulfstream (and a year long series of races), that's problematic. Fox Sports appeared to try to embrace what the thousands of people were there for. And that's good.

Alan shared some of his thoughts on the telecast today, even though he was asleep for the first 10 minutes.

The mainstream picked up the Sydney Seelster story in Canada.

Charles Hayward, former NYRA CEO, has the shackles off and can talk turkey on takeout.

We have a little yearling (whoops now three year old) with Neil doing the training, and Neil got a  photo with someone famous infamous yesterday.

I'm not sure he can handicap yet, but we have a new pooch. After fostering Copper for almost two months, the youngster found a great home. We're happy, he is a good dog. However, as Copper left, Hunter came in. Hunter is ten, lived only with one family, and unfortunately had to be put up for adoption due to his owners illness. We were going to foster him, but he should really not be passed around any longer; especially how long it will take for an old fellow like him to be adopted. He's a great dog, and we'll get to learnin' him how to pick the horses. I hope he's good. 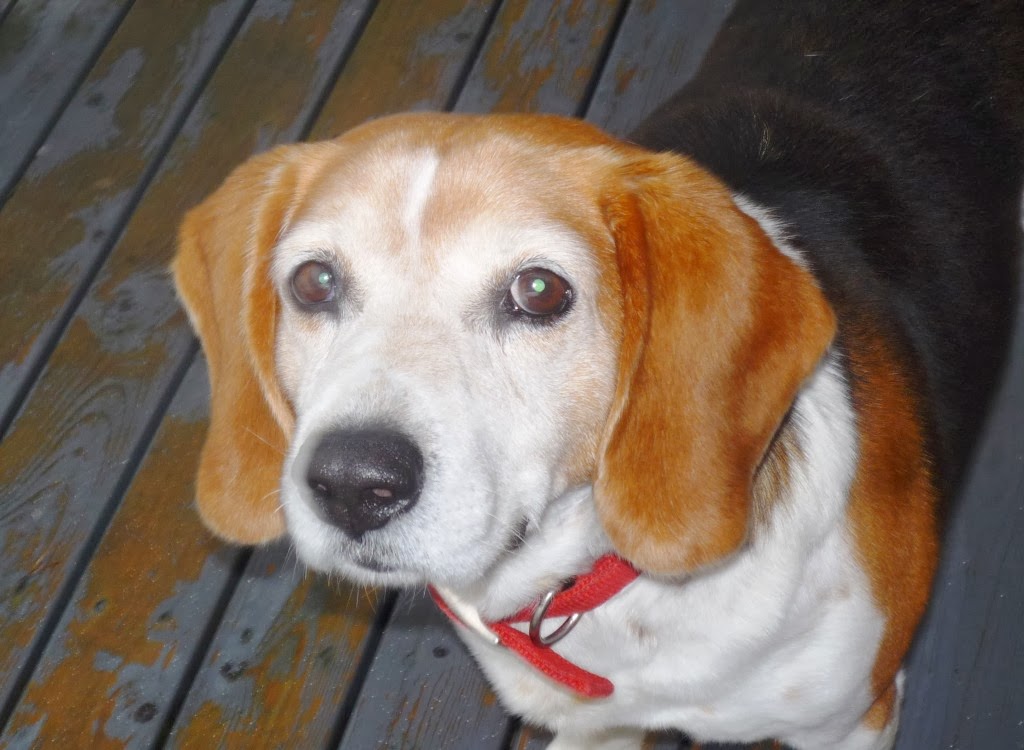 Have a wonderful day everyone.

at February 11, 2014
Email ThisBlogThis!Share to TwitterShare to FacebookShare to Pinterest