Western Fair Is Trying Out New Models With Some Success

This has been going on for some time in London, Ontario.

“Our overall handle has been up for the first three full months of the season. [We] just finished looking at December’s numbers today. Overall handle up 12% for the month despite three less programs (14 vs. 17 last year). We’ve topped $400,000 in handle four times in the last six programs which is a pretty good run for a track of our stature,” said Western Fair District’s General Manager Greg Blanchard.

The $400,000-type numbers are especially impressive when you realize that the little London track did not even garner more than $400,000 in handle for their Molson Pace cards in years past, where well over a  half a million dollars in purses were raced for.

After slots were cancelled in Ontario in early 2012, a “Transition Panel” made up of three government appointees started to examine ways in which horse racing could be self-sustaining. One of those obvious tactics was to increase handle. The easy back of the napkin example - which is a problematic (the pie is split many ways and it depends on where the bet is made, so this is not "profit" by any means, just a comparative calculation), but salient metric - is that 20% of the handle [the takeout] must, at the very least pay for purses. One might think this is common sense, but that does not happen very often in harness racing, in Ontario, or almost anywhere. 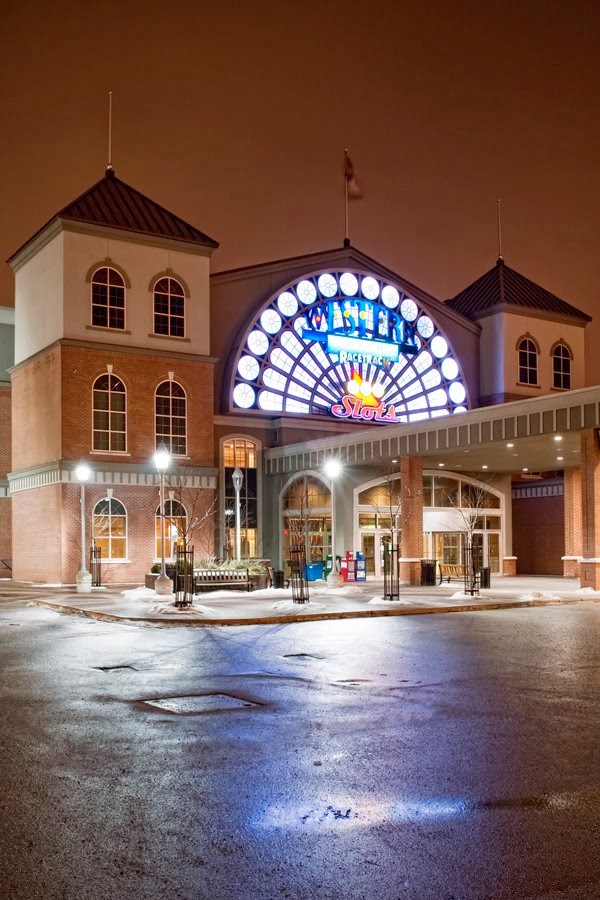 Just this week, the USTA released purse and handle figures for harness racing in the US for 2013. $1.6 billion was wagered throughout the year, and $422 million was given out in purses. On the back of that same napkin, $1.6 billion in wagering resulted in $320 million in revenue. Purses were not paid for by betting dollars (in many areas by slot dollars).

Fast forwarding to today, the smaller tracks have been eliminated for the most part, and tracks like Western Fair were challenged to succeed. This Friday, with our 20% calculation, $106,000 in revenue was achieved from wagering, with $70,000 in purses. If we surmise that it costs $25,000 to put on such a racecard, the costs ($95,000) are lower than the revenue ($106,000). Three years ago this was impossible to achieve.

Of course, much of this growth is coming from off track or internet wagering and that is an issue, so you can not in any way say racing is “making a profit”, however the effects are noticed regardless.

“The off-track gain is very encouraging as more people are supporting the product. The improved pool size seems to have a snowball effect and even our on-track crowd is becoming more aware of this and are playing the local product more”, noted Greg.

The “snowball effect” is something not lost on visionaries like Chris Schick, who helped create the USTA’s Strategic Wagering Initiative. A lot of non-bettors do not know how punishing small pool size is. For example, when making a pick 3 bet, it is mathematically and fundamentally wrong to bet more than the parlay. No gambler worth his salt would even think of it. With a pool of $4,000, you cannot choose horses at more than 13.45-1 and hope to make a sound gamble.  How many harness tracks have pick 3 pools over $4,000? One or two. At small tracks like Western Fair, these pools are a fraction of that.

Racetracks were selling a $100,000 purse steak, and delivering raw hamburger.

Pool size, through guarantees and low takeout are a staple at Western Fair and this has begun to be branded. Their pick 4 pool, which once struggled to receive even $3,000 in handle, now approaches quadruple that number. Pool size matters and handle begets more handle.

“Our team is trying to keep that ball rolling by focusing on things like full fields, competitive racing, a consistent product and an attractive wagering menu.  It creates a buzz around the place when you see numbers like that Friday – everyone from customers to staff to judges to horse people are excited to be a part of it. There are many small things you can do to drive handle and increase wagering and you really need all of these groups working together to make it happen,” said Greg.

In addition to Western Fair, other small tracks have begun to follow the same path, like Grand River Raceway. They lowered takeout last season and created some buzz. Their handle was up appreciably, and it gives them something to build on.  Both Western Fair and Grand River have clearly gained from the fact there is less competition for live racing in the Province too.

Perhaps the most interesting model currently being examined in Ontario is the live model. Leamington Raceway was approved for a handful of cards in 2013 as an experiment. They raced for $1,000 per dash, and promoted the heck out of it in the community. With no simulcast, just on-track betting, they achieved over $40,000 in handle. At a 20% rake, that was close to paying for the purses for the day. That might not sound like much, but when racetracks show government revenue and buzz around an event, the government is more apt to be helpful. I don’t think that can be overstated.

Despite the above numbers, this is certainly not a feel-good article. Racing in Ontario, when compared to what it was two years ago, is a shadow of itself from a horsemen and horse ownership point of view. Breeding, obviously, has been decimated. However, there are positive signs that the product itself, especially when amalgamated with government support, just might have a future. 24 months ago I think you could count on one hand how many people thought that was even remotely possible.

This article was originally printed in Harness Racing Update.  Since it was published, Western Fair continues to do well, with handles over $300,000 happening with some regularity.


at February 05, 2014
Email ThisBlogThis!Share to TwitterShare to FacebookShare to Pinterest

Excellent article and kudos to everyone at Western Fair.