HANA is Making Some Noise 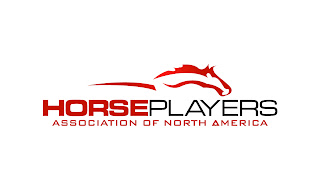 The Horseplayers Association of North America is gaining some steam. Today they announced that two horseplayers that virtually everyone knows have joined their board.

Dr. Z wrote the fantastic book "Dr. Z's Beat the Racetrack" is one, and Cary Fotias the man behind Ellis Park's 4% pick 4 have both signed up.

(Charlottesville, Virginia. October 3, 2008): The Horseplayers Association of North America is pleased to announce that Cary Fotias and Dr. William Ziemba have joined HANA’s Advisory Board as its first two members.

Mr. Fotias spent almost a decade on Wall Street as a currency trader, but was lured to racing and fulfilled a dream of becoming a full time handicapper and has done so for the last 16 years. He is currently the Founder and President of Equiform, a New York City firm that produces The XTRAS and The SHORTS, which are handicapping products for evaluating current condition and form cycles. He is also the author of the critically acclaimed handicapping book, Blinkers Off, which describes an innovative numerical approach to form-cycle analysis.

His philosophy meshes well with HANA’s goals as he is a vocal proponent of lower takeouts and delivering our product in a better way. In addition he has a strong interest in the cutting-edge concept of betting exchanges and how they might be developed in the U.S. He feels the game would prosper if it would only adapt to the economic and technological realities of the information age.

Dr. William T. Ziemba is the Alumni Professor of Financial Modeling and Stochastic Optimization, Emeritus in the Sauder School of Business, University of British Columbia where he taught from 1968 to 2004. He now teaches as a visiting professor. To horseplayers however, he is best known for co-writing the book “Dr. Z’s Beat the Racetrack” which revolutionized the way that horseplayers wagered. He has also co-written a new book titled “Handbook of Sports and Lottery Investments".

“Seeing that membership has been growing rapidly, we feel that an advisory board was a good next step for our group,” said HANA President Jeff Platt, “and we are thrilled that Dr. Z and Cary have chosen to join us.”

HANA’s Advisory Board is being assembled to offer input to HANA members and to act as a sounding board for its direction and mission. It will be adding new members in the near future.

I have joined HANA and am a proud member. It is a solid group of players who want to see the game grow. If you want to you can sign up here.
at October 03, 2008
Email ThisBlogThis!Share to TwitterShare to FacebookShare to Pinterest