Leave it to Beaver 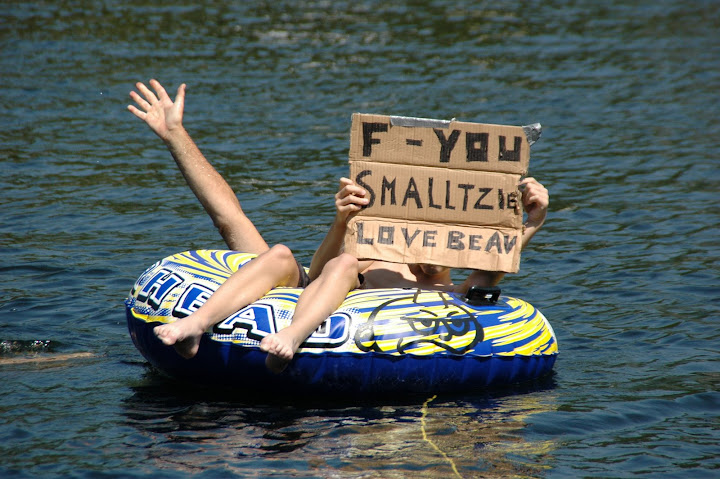 The social media space is well-documented. We now see phones being advertised with "Facebook" apps, chat services and so on. Twitter is going through the roof with usership. But the racing chat boards were here long before Facebook was, and friendships between racing fans are certainly made, and developed there.

Two such racing fans are Shmalltzie and the Beav.

They "met" on Harnessdriver.com and are die-hard racing fans. It is not uncommon to see them on the board arguing about who is going to win a race at the racing hotbeds of Saskatchewan or the Port Perry Fair. Their playful back and forth is forged not because of personal interaction, but by internet interaction (they live many, many miles apart). And it is fun to watch.

While surfing on HD, I saw recently that Shmalltz won tickets to the Little Brown Jug, but he can't go. He decided to start a handicapping contest thread for them with "Beav" to score.

The contest went ok, but Beav scoring while at his cottage was not overly appreciated I guess. So Beaver went and made a sign telling Shmalltzie what he thought of it. The sign made appearances all over cottage country Ontario; and on the internet. On boathouses, in boats, in rubber dingy's, with boating teenagers, on outhouses, and at stores.

Racing, and making friends in racing, tend to be long lasting and pretty real. It does not seem to matter whether you meet your friends in the grandstand, or in that great-cyber grandstand that many of us reside.
at September 11, 2009
Email ThisBlogThis!Share to TwitterShare to FacebookShare to Pinterest

This is not at all uncommon in racing, as you said. One of my current best friends I met on a racing board. It works the other way too. Take a look at Paceadvantage and the chatting between Andy Serling and the fellow named "Light". LOL!!!!

Racing is a tightly knit community and it seems you are a fan for life. It's nice for me to meet other fans this way because I do not get to the track much any longer.

That is the funniest thing I have seen all day. Dutrow and that Kentucky appeal is annoying me today.

Didnt you meet your stable partner on the internet PTP?

That would be correct. We did meet on the net and it is a good match. We both have an incredibly amazing skill to buy horses and sell them for less than we paid for them :)

I won 2 pairs of tickets to this year's jug and cannot go. Anyone want them?