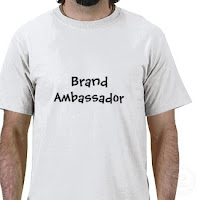 America's Best Racing recently announced their horse racing brand ambassador program. Six people will be hopping on a bus, touring the nation promoting horse racing. It's kind of like the Partridge Family without the musical instruments, bell bottoms, or Danny Bonduce.

Out of the six chosen for this task, there were many others who applied and were rejected. I scoured my contacts at the NTRA and got my hands on some resumes.

The proper thing to do would be to send them back to their rightful owners.

I post them for you here on the blog.

"Hi my name is Joe. I would like to travel on a bus and share stories about horse racing. In my spare time I will take pictures of vets and trainers on the backstretch doing what they do. I will post these pictures and write about them on the New York Times my facebook page. It will promote my paper horse racing, and we'll all have a great time."

Richard Dutrow tried, but it appears he was rejected:

"Hi my name is Richard. I would like to be a horse racing ambassador. I am good with the media, and know horses. I could give seminars to people from our bus like: How to train a Derby winner, lameness treatments that work, and how racing's rules are merely suggestions. I will be very loyal, because I have a small gap in my schedule"

Sid Fernando wanted to be an Ambassador. No dice:

"Hi I'm Sid, the most interesting man in horse racing ™ and the world famous pedigree expert. I think I bring a unique idea to get young people into racing. I would like to start a program from the bus where we give teenagers lessons on the birds and the bees with live horse matings. I'd also keep young people mesmerized advising them about black type, obscure Belgian broodmares, and my love of Friendly's. I'd also tweet my exploits to my millions of twitter followers from my myriad of Apple products. Imagine a game of twister on the bus. Now imagine that same game of twister tweeted to millions. You don't have to just imagine."

"I'd like to be a brand ambassador and bring a lot to the table. I send nice emails out to thousands each day, so that's a big plus. When my twitter account is not suspended I am on twitter too. I like betting, dirt, and eating at Wendy's, Burger King, In and Out - anywhere except McDonald's really. If you get back feedback from Keith Brackpool about me, he's full of goo"

Notthetoddster tried, but he too was unsuccessful:

"I want the job. I'm the most successful trainer ever, or at least since the dude that trained Hidalgo. Count me in. Putting up with six smarmy kids on a bus for six months is easier than dealing with a half a Repole. "

"I got my cover letter in on time, and my resume is rationed along perfectly under Angel Serpa. I've loved horses since I first saw Secretary. The Easy Rider Monday Silence battles in the 1980's turned me into a huge fan. Let's not be heads apart here. Please consider me for the job."

Andy Serling was a surprise late entrant, but he didn't cut the mustard:

"Ambassador? This has to be the stupidest thing I've seen posted on twitter today, and with my followers, that's saying something. Regardless, count me in. With a shorter raceweek this NYRA gig is getting stale. "

"IF YOU HIRE ANDY HIRE ME TOO. I"M JERRY JAM"

Dustin Hoffman made an attempt, but maybe they saw something suspect in his cover letter:

"Hi I'm Dustin. I played in Tootsie and a few other movies. My best friend is Ray Paulick. Ray is the bestest BFF ever and we have dinner together lots. He runs the best horse racing site in the history of the internet, or maybe even before that. In fact I think he invented the internet, because he is smart like that. Please visit the Paulick Report and buy advertising. Thanks, Dustin."

I'll see if I can dig a few more up from my contacts, but I found some of those pretty interesting. I hope you did too.

at February 14, 2013
Email ThisBlogThis!Share to TwitterShare to FacebookShare to Pinterest