If you're like me, you play quite a few racetracks. Some tracks - a lot of them lately it seems - stretch out zero minutes to post to an eternity. This helps their handle because the longer it takes between races, the more money is bet.

Now that that's perfectly clear, here is what I do at some tracks when I hear zero minutes to post.  I hope this is a helpful guide.

The Meadowlands - At zero minutes to post I like to have a shower. If you want to catch the race you cannot take a long shower, but a shower can be taken. As soon as I see the "0" on screen and hear Sam McKee start into an obscure story about John Campbell and a trip to Denny's, or where he eats when he's at the Jug, I'm off to the shower.

Penn National - I think Penn National lives in some sort of Xfiles, 12 Monkey's alternate universe. I swear I've seen the gates spring before zero minutes to post, which is surely some breach of the space time continuum. Because Penn National has takeout rates almost as high as the racetracks in Turkey do, missing post time is not necessarily a bad thing; for me anyway. 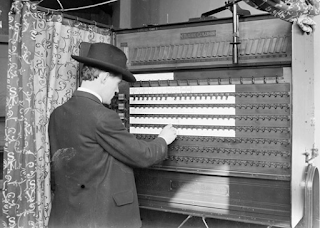 Aqueduct - NYRA might have trouble pulling the "lower takeout now or it's breaking the law" lever on time, but holy moly their clock is pretty darn efficient. If you think you have time, think again and get your bets down.

Woodbine - Woodbine has a really strange innovation for bettors - a clock that counts down the seconds to post. Other tracks might one day adopt this new technology to help bettors plan their bets.

Northfield Park - A friend of mine lives in Akron. He told me he once left his house at zero minutes to post and made it to Northfield Park in Cleveland to catch the race live. I believe him.

Santa Anita  - I'm really not sure. I haven't played them since they raised the juice. Someone told me that they and Gulfstream go off at near the same time. If so, some company should buy both tracks and stagger post times to maximize handle.

Yonkers - You used to be able to scarf down a pizza and two 16 ounce sugary drinks at zero minutes to post and still get a bet down. Now I think that's not allowed by law, but if you try to drink carrot juice and munch on some alfalfa while doing a little yoga at zero minutes to post, you'll be out of luck. Yonkers is now pretty timely.

Keeneland - Keenland is very punctual. Some kids at the track who stop at the Liquor Barn before the races might get messed up and miss post time, but for the rest of us we're in fairly good shape.

Mountaineer - Zero minutes to post at Mountaineer means zero minutes to post. If you are playing live just make sure you walk carefully to the windows there because the track is not in the posh casino. I swear I almost stepped on a nail that was sticking through a pile of two by fours on the apron trying to get a bet down when I was there last time. It was a few years ago, so I hope they got those renovations done.

That's my guide to zero minutes to post. Please, as always, be sure to pay attention what time means at your favorite track. Don't get shut out!